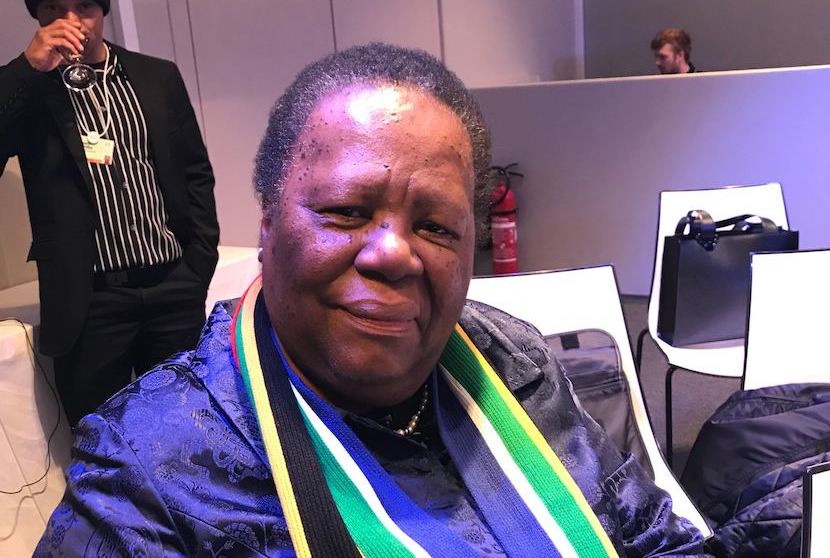 Finance Minister Tito Mboweni accompanied by other cabinet members, Naledi Pandor and Ebrahim Patel came to the World Economic Forum to ensure investors that they are on track to bring about the reforms needed to increase growth in the South African economy. The message they received was loud and clear from both local and overseas investors; the process needed to be speeded up and Eskom, called an energy crisis, is in emergency care. Mboweni said that South Africa had to change the way it does business. In an interview with Biznews, the Minister of International Relations and Cooperation, Naledi Pandor said more changes to visas was high on the list of foreign investors. Pandor also said in her discussions with foreign representatives she emphasised the importance of a resolution for the US-China trade war that was having a detrimental impact on the whole world. – Linda van Tilburg

This coverage of the global conversation on change is brought to you by BrightRock, the first ever needs matched life insurance that changes as your life changes. Naledi Pandor, the Minister of International Relations and Cooperation. How have you found the response of investors of the international community to South Africa this year?

Many of the investors that are present here, already have investments in South Africa and are pleased with the value being generated by their businesses. There are some who’ve indicated an intention to expand, but who’ve raised a lot of questions about what they call uncertainty. So we’ve had to respond to those to assure them that we are addressing some of the policy gaps and that through trade and industry we’ve taken steps to be far more nimble with respect to issuing of licenses, the time it takes to get permits, this one-stop shop that government has created has I think begun to remedy the inadequacies that some of them have been referring to. In the discussions, the issue of visas kept coming up so we explained the steps that are being taken, but it was clear that there may be much more for South Africa to consider because they continue to be concerned – especially about the transfer of senior managers from international companies that are operating in South Africa. They say that it takes very long to get visas and that it really does harm their ability to move with speed to be active in our country.

On energy, theres a lot of worry – especially the companies that are big energy users – the mining companies – some of them here are invested in South Africa and they’re concerned, but they are pleased with the recent policy decisions of government, which are looking at more independent generation and creating room for that. They also are happy with renewables and the IRP, which has recently been published by the government, so they see that action is being taken, but Eskom is a concern because it is a big supplier.

Was there an urge for you to speed up the structural reforms?

They want to be assured and they are asking about the promise government has made on the decision on separating into three units and they are urging faster movement toward that.

Some people are saying that last time there was such a fizzle and such an enthusiasm about Ramaphosa being in, they’ve found it a little bit lacking this year. Is that a fair comment?

Well fizzle doesn’t last forever does it. Once you’ve opened the cap it goes down so I think we’ve done the work that one has to do here and it’s really a series of meetings making sure you engage with the right people, that you have a clear story to tell about your country and that any queries that are raised with you, you’re able to respond to them without seeming to lie. And I think we’ve been able to do that.

Before you came here you went to the UK summit. What did South Africa take from there and what did they tell the new British prime minister who’s fixated on Brexit at the moment?

We found a very energetic UK looking forward with huge enthusiasm to coming out of the EU and really preparing itself for what they believe is going to be a new era. What was very interesting was that England is now in discussion with Ireland and Scotland about post Brexit and it almost seems like a new conversation, and certainly looking at Africa in a very different way as a country looking at a future business partner – which would be the African continent – and the talk was we want to move from a ground relationship to a business partnership.

The geopolitical things happening at the moment – Iran and Trump, does South Africa get scared that it gets caught in between that and that it would affect trade and our growth?

It’s not just South Africa. Everybody is concerned about any tension between the Gulf countries and the United States, or in fact any region of the world where there’s conflict. All of us urged for a conclusion of the trade discussions between China and America because we are all – in one way or another – affected by whatever arrangements are concluded and this was a substantive topic for discussion in the forum.