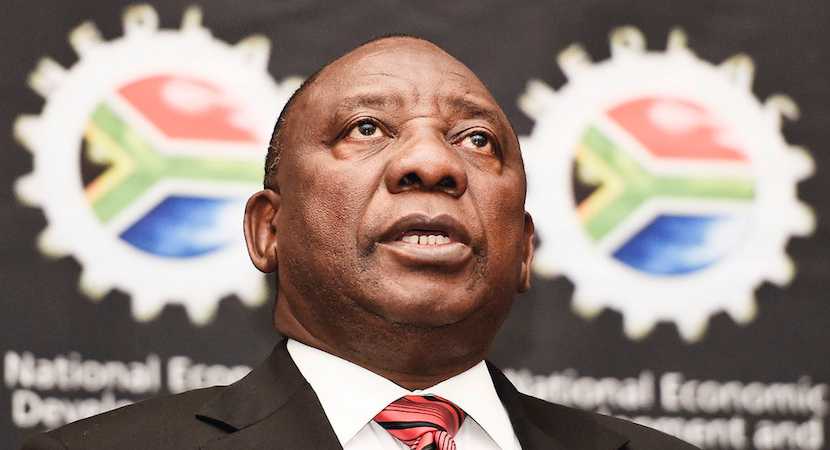 (Bloomberg) – Business leaders have been ratcheting up the pressure on South African President Cyril Ramaphosa to announce decisive measures to turn around the economy and fix struggling state-owned enterprises.

Ramaphosa has the opportunity to do just that when he delivers his state-of-the-nation speech in parliament on Thursday. The address, which begins at 7pm in Cape Town, has been billed by South Africa’s Business Day as the most important since Nelson Mandela’s in 1994 – the first after apartheid ended.

The chief executive officers of some of South Africa’s biggest companies want Ramaphosa to announce steps to help a nation stuck in its longest downward business cycle since World War II, with 29% of the population unemployed, and soaring violent crime leaving more than 50 people murdered every day.