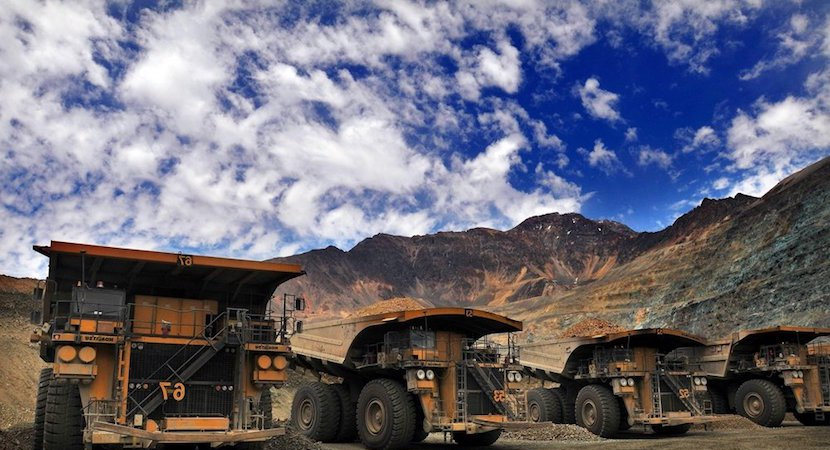 Nobody involved in industrial metals, copper or gold or in the construction sector is booking a place on the Mars settlement space capsule anytime soon. That’s because US President-elect, Donald Trump, has promised to double his former opponent, Hillary Clinton’s building plans for their country. The global surge in these stocks will please struggling South African mining houses no end, even though the shock victory will rattle and cause deep consternation among ANC strategists recalibrating US foreign policy. Trump is the ultimate capitalist and South Africa’s relations with the United States, often considered the home of free enterprise, will come under unprecedented strain. Even Verwoerd stopped short of walling in the homelands he helped create. The impossibly long concrete wall Trump has threatened to build along the Mexican-USA border would be but a tiny contributor to the now-bullish construction industry. But that along with his infamous racist and sexist comments, could create a political nightmare unless he makes good on his reconciliatory and carefully tempered acceptance speech. Trump says he’ll spend R6.8 trillion ($500billion) rebuilding US infrastructure, a global windfall for the construction and mining equipment sectors, with roads, airports and bridges among the first promised targets. – Chris Bateman

by Joe Deaux and Danielle Bochove

(Bloomberg) – For industrial metals and their producers, the uncertainties generated by Donald Trump’s shock electoral victory come with a more than $500 billion silver lining.

That’s the amount Trump has signaled he’ll spend to rebuild U.S. infrastructure and the reason copper rose to a 15-month high on Wednesday. Metal producers such as Freeport-McMoRan Inc. and U.S. Steel Corp. soared while construction and mining equipment maker Caterpillar Inc. climbed as much as 10 percent, the steepest intraday gain in seven years.

While Trump vowed during the presidential campaign to renegotiate trade deals and build a wall along the Mexican border, he also pledged to at least double Hilary Clinton’s estimated $275 billion, five-year plan for roads, airports and bridges. That’s going to increase demand for copper and other mined commodities, according to Jefferies Group LLC.

“Trump is high risk but should be positive for Freeport,” the analysts wrote.

Freeport, the largest publicly traded copper producer, rose as much as 9.3 percent to $13.22 Wednesday, sending its year-to-date rally beyond 90 percent. It is among the top-10 gainers on the S&P 500 Index for 2016. Jefferies expects Phoenix-based Freeport to break through $15 a share over the next year.

Copper for delivery in three months rose 3.4 percent to settle at $5,413 a metric ton at 5:51 p.m. on the London Metal Exchange after touching $5,443 a ton, its highest since July 2015. Most industrial metals recovered from earlier losses.

Miners are emerging from the worst commodities slump in a generation that pummeled their debt metrics. Freeport lost 71 percent last year.

Steelmakers fared even better on Wednesday, with U.S. Steel Corp. jumping as much as 20 percent. The U.S. steel industry should stand out as “unique beneficiary” of a Trump presidency, Jefferies analyst Seth Rosenfeld said in a note, projecting protectionism to rise significantly.

What did Trump's victory do to the prices of oil, copper and his favourite metal, gold? https://t.co/BdadpxOK9z

Trump, a Republican who has never held public office, defeated Democrat Hillary Clinton after a campaign that exposed searing divides in the American public. Trump will have a Republican-controlled Congress behind him after the party shocked Democrats by keeping control of the Senate.

“Infrastructure spending appears to be a top priority, and that was something consistent through the entire election process,” Jason Bloom, director of commodities and alternative products strategy at PowerShares in Chicago, said in a telephone interview. “With significant infrastructure spending in the U.S. and a Republican controlled Congress to work with, it definitely makes sense industrial metals and materials would be bullish.”

“We hope that President Trump’s government invests and this really affects the steel sector and demand related to infrastructure,” Andre Gerdau, the company’s chief executive officer, said during a conference call to discuss third-quarter results.

The Trump victory is likely to drive volatility in metals and miners, Citigroup Inc. said in a note. “We would expect the miners could outperform on a relative basis given a backdrop of positive data coming out of China.”

Bullion, meanwhile, surged as much as 4.8 percent to $1,337.38 an ounce in London as investors sought haven assets, before paring gains as stock markets curbed losses. A gauge of 16 senior gold producers rose as much as 5.9 percent, the most since July, led by Newcrest Mining Ltd. and Sibanye Gold Ltd.

While agreeing Trump’s victory will please gold miners, Paul Conibear, CEO of industrial-metals miner Lundin Mining Corp., said Trump’s victory is a setback for industrial metals which had only recently begun to climb from the bottom of a multi-year rout.

“People were getting more confident in improved demand in economies around the world and I think this could set us back about a year,” Conibear said Wednesday in a phone interview from Boston.

That’s the amount of time he believes it will take for Trump to put a new team in place, enact new policies, and have the markets gauge the impact of those policies.

“I think we’re going to see a lot of volatility until Trump’s policies are clarified, until we see really what he’s going to do with international relations,” Conibear said.