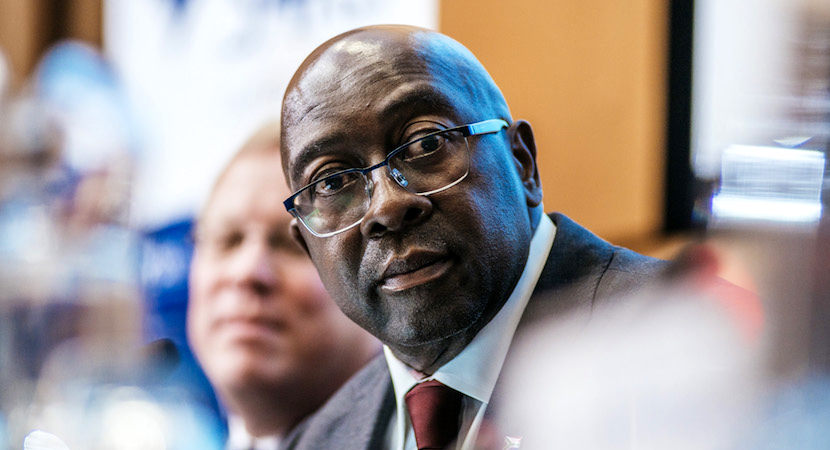 JOHANNESBURG — We truly live in crazy times in South Africa. At the beginning of last week, Nhlanhla Nene was regarded as a hero when he took the stand at the Zondo Commission. His testimony was still noteworthy and brave, but murmurs from the EFF signalled troubled waters for him. Days later, the media have aggressively pursued him and held him to account over seemingly lying over how often and when exactly he met the Guptas. Today, he faces the prospect of stepping down, despite apologising for not completely coming clean over his Gupta meetings previously. Regardless, Nene stood up to the Zuptas when it mattered most in that fateful December in 2015. And for that, he should always be lauded and regarded as a patriot. Here’s who could replace him if he takes the fall this week. – Gareth van Zyl

(Bloomberg) – Nhlanhla Nene is under pressure to step down as South Africa’s finance minister after he told a commission probing so-called state capture under former President Jacob Zuma that he met members of the Gupta family at their residence at least six times.

President Cyril Ramaphosa, Zuma’s successor, brought Nene back into the cabinet in February as part of drive to rid the government of corruption that’s also seen changes at the top management of state-owned companies and to reignite an economy that’s in recession.

The Guptas are accused of using their relationship with Zuma to win state contracts and to influence the appointment of officials and ministers.

These are possible candidates to replace Nene should he leave the post, according to people familiar with discussions in the ruling African National Congress:

Jonas was deputy finance minister for three years until 2017, when Zuma removed him and then-Finance Minister Pravin Gordhan from their posts in a move that caused two credit-rating companies to cut South Africa’s debt assessments to junk. He is a former head of economic affairs in the Eastern Cape province and came off much better than Nene in the ongoing commission of inquiry into state capture. He testified that the Gupta family offered him a bribe to take the top ministry post in exchange for concessions, something he immediately informed Nene about and on which he also made a public statement five months later. Ramaphosa appointed Jonas as one of his special investment envoys in April and the former deputy minister is a non-executive board member for Northam Platinum Ltd. and MTN Group Ltd.

The 53-year-old Reserve Bank governor was in charge of the National Treasury for more than seven years as director-general until 2011, when Zuma appointed him as a deputy governor at the central bank. He became governor in 2014 after Gill Marcus’s term ended. He was named chairman of the International Monetary and Financial Committee, the primary advisory body of the International Monetary Fund’s board of governors, in January. Kganyago advocates for the Reserve Bank’s independence and fought off a proposal by the anti-graft ombudsman last year to change the institution’s inflation-targeting mandate. Educated at the University of London and London School of Economics, he also spent time in his early career at the Congress of South African Trade Unions, the country’s largest labor federation, and was an active member of ANC.

Mminele, 53, who was educated in Germany and at the London Guildhall University, worked at African Merchant Bank Ltd. as deputy head of special projects, and at Commerzbank AG in Johannesburg, prior to joining the Reserve Bank in 1999. He was named a deputy governor in 2009, and heads the bank’s financial markets and international-economic relations division. He represents South Africa at the Group of 20 countries.

Creecy is the head of finance for Gauteng, the province that includes the economic hub of Johannesburg and the capital, Pretoria, and would be the country’s first female finance minister, if Ramaphosa selects her. Before that, she was the member of the executive council responsible for education in the region. She serves on the ANC’s national executive and working committees, the party’s highest decision-making bodies. Creecy has an honours degree in political science from the University of the Witwatersrand and a masters degree in public policy and management from the University of London.