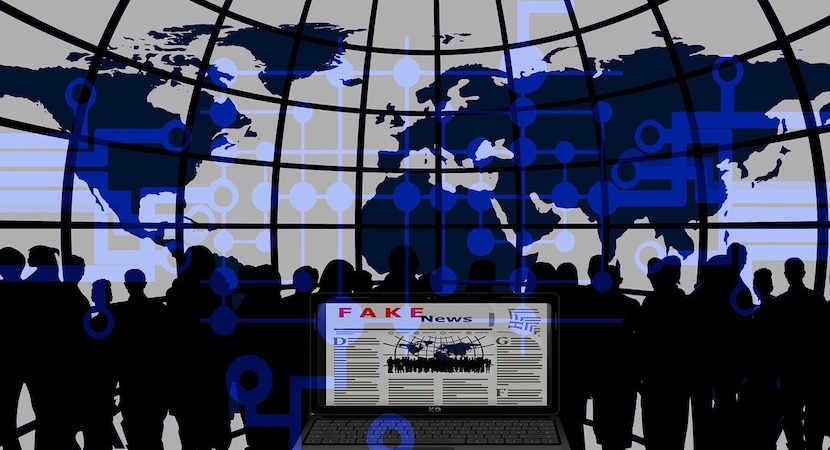 Along with the rise of citizen journalism and the decline of big media businesses has come the rise of the fake news industry. Unscrupulous operators have piggybacked on journalism techniques to build their own news organisations – by selling news that is simply not true. Consumers of news, meanwhile, are routinely fooled by the details in these exciting stories, which are often scandalous and highly damaging to the individuals featured in these articles. Purveyors of fake news produce content that looks a lot like the information you would see on a news site that claims to publish accurate information. They even fabricate Twitter handles to closely match those of media professionals, in so doing adding a veneer of respectability to their messaging. In many instances, the motive is money, with every click on an advertisement or link to native content generating revenue for a fake news outlet. In other instances, the motive is more sinister, with a politically motivated campaign targeting finance minister Pravin Gordhan a case in point. In this piece, journalism expert Ylva Rodny-Gumede highlights how fake news is another strand of propaganda. Media ethics and stricter codes of conduct are vital to bring down the fake news industry, is her over-riding message. – Jackie cameron

The year 2016 will go down in history as the year in which fake news really took centre stage. It played a decisive role in major events such as the outcome of the US elections and the British Brexit vote.

In South Africa, Finance Minister Pravin Gordhan, newspaper editors and journalists have become among the most prominent targets for fake news peddlers.

The common denominator of fake news – fictional pieces of information or narratives – has been that lies are used to discredit individuals, as well as their viewpoints and agendas.

Fake news, misinformation, propaganda and hoaxes are a problem – not just for the individuals involved, but for society as a whole. Fake news is often seized on, repackaged and or even republished verbatim by the news media. Such fake news have also been referred to as “alternative news” or “post truths”.

The proliferation of fake news raises the age-old question of trust in the news media. Can journalists and news organisations still be relied on as credible intermediaries in sorting what’s true from what’s false?

What are the manifestations of fake news (globally as well as nationally)? Who drives these supposed “news stories”? What purpose or agendas do some of the examples of fake news serve, and what can be done about it? And, importantly, what are the grey zones between the real and the fake, facts and perception?

Arguably, fake news is premised on deception and is little more than propaganda. Hoax news, propaganda and misinformation have been around for as long as people have communicated.

This has been evident through the coverage of wars dating back to media reports on the outbreak of the Crimea War in 1853 as well as the two World Wars. Phillip Knightley in his widely cited book:The First Casualty: The War Correspondent as Hero and Myth-Maker from the Crimea to Iraq, shows how governments have used the media for their own propaganda purposes ever since the Vietnam War which ended in 1975.

Knightley took his cue for the title of his book from American Senator Hiram Johnson who, already in 1917, coined the expression:

The first casualty of war is truth.

No matter the label, hoax news and fake news are an integral part of modern warfare, whether on battle fields or in contemporary “war rooms”. These involve dedicated teams employing overt and covert spin doctoring tactics and political communications strategies in contemporary political campaigns.

Of course, their efforts have been amplified through the advent of modern communications, the spread of mass media, and maybe most pertinently, the growth of social media platforms and the internet.

A good example of this is the furore sparked by reports of a covert campaign set up by South Africa’s governing African National Congress (ANC) ahead of local government elections last year. Details about the covert “war room” emerged in court papers filed by a woman involved in the campaign who claims she wasn’t paid.

The “war room” was set up with the aim of swinging voters in the ANC’s favour by using underhand tactics to besmirch opposition parties. The plan was to plant fake news stories, as well as to develop fake news sites and talk shows. There was even a suggestion that the team should go as far as printing fake election posters to discredit the opposition Democratic Alliance and the Economic Freedom Fighters. The ANC has denied knowledge of the campaign.

The idea of planting messages and countering narratives in the media realm is not new. The use of communications specialists and campaign strategists in part and parcel of contemporary politics, particularly around elections. South African history also provides ample examples of the apartheid regime’s dirty tricks and campaigns against activists.

More recently, both the ANC and the DA have admitted to setting up such structures.

And during the British general elections in 1997, the Labour Party set up Excalibur, a computer designed to instantly rebut any message perceived to be opposed to the party’s agenda. During the recent US election campaign evidence emerged of fake news sites and Facebook posts being set up to support Donald Trump’s campaign.

Though the practice isn’t new, the advent of the internet has been a game changer. What’s new in the mix is that information very often can’t be linked back to a particular source. This makes it difficult to evaluate its authenticity, or to establish what agenda it might be furthering.

It’s hard to measure the impact of fake news in the South African context. There is, however, a view that it may have influenced the outcome of the US election as well as the Brexit vote in the UK.

What’s to be done?

What’s clear is that “fake news” has become an industry on its own and that it won’t be possible to stop it.

The best way to counter its effects is for credible news media to set itself apart through increased vigilance to ensure it doesn’t lend credibility to hoax stories. This will require strict adherence to media ethics and professional codes. Where these are lacking, they must be strengthened.

The media also needs to actively expose the sources of negative propaganda and lies. After all, verification has always been the trademark of credible journalism. In other words, journalists need to show the makers of fake news that they cannot fake it till they make it. Likewise, consumers of news need to be more discerning about what news they consume and believe.