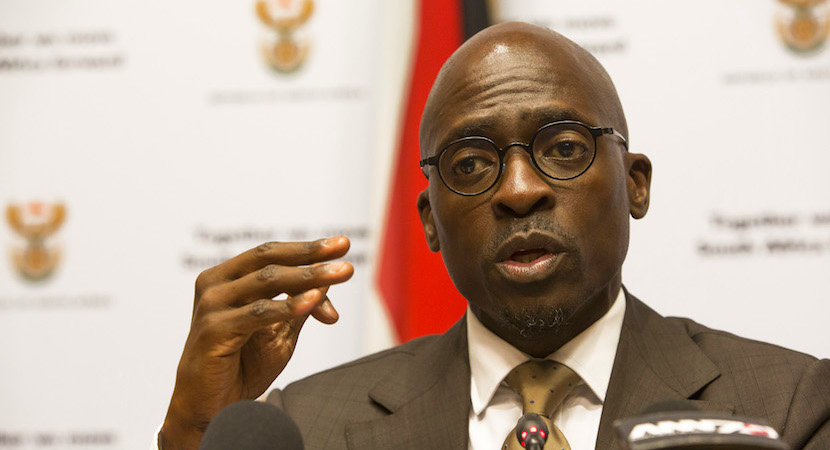 JOHANNESBURG — Finance Minister Malusi Gigaba last week talked up the need for faster growth but failed to show how he would achieve it. The speech was probably the most disappointing budget speech in South Africa’s democratic era so far, and Gigaba faces a massive trust deficit owing to his links to the Guptas. But if Gigaba wants to spur growth, the Institute of Race Relations‘ Dr Anthea Jeffery has some advice for him: it involves a shift away from BEE… – Gareth van Zyl

South Africa’s gross public debt is now expected to reach R3.4 trillion in 2020/21, according to finance minister Malusi Gigaba in his non-“sugar-coated” Mid-Term Budget Policy Statement (MTBPS) last week. On this projection, public debt will soon have quintupled from the R627bn at which it stood in 2008/9, before the start of the Zuma presidency.

To flatten this upward spike in debt, the country urgently needs much faster growth than the tepid rates – 0.7% of GDP this year, rising to 1.9% in 2020 – that Mr Gigaba currently foresees.  Hence, the finance minister’s admission that the country “desperately needs business that invests”. Hence, too, his appeal to MPs to “consider for a moment the importance of economic growth”.

Hence also Mr Gigaba’s emphasis that “progress on the reform agenda is critical” if South Africa is to grow the economy at 5.4% a year, as the National Development Plan envisages. However, Mr Gigaba’s thinking on what will rebuild business confidence and stimulate growth remains fundamentally flawed.

He still wants “radical economic transformation”, tougher BEE requirements for financial institutions and the private sector in general, and a still greater focus on the preferential procurement the Treasury used to resist because it knew how much it pushed up prices and reduced efficiency in public spending.

Senior figures in the ANC have long been well aware of these implicit costs. Former finance minister Pravin Gordhan acknowledged back in 2009 that the government was paying far more for everything, from pencils to building materials, than a private business would: “R40m for a school that should have cost R15m, R26 for a loaf of bread that should have cost R7.”

ANC secretary-general Gwede Mantashe said much the same in 2012, when he told BEE companies to “stop using the state as their cash cow by providing poor quality goods at inflated prices”. He also criticised officials for “prioritising the enrichment of BEE companies through public contracts at the expense of…quality services at affordable prices”.

However, as a BEE contractor told The Star in that same year, BEE businessmen seeking state contracts have little choice but to charge inflated prices to “recoup the costs of paying mandatory kickbacks” to corrupt officials and “regularly donating huge sums” to the ANC and its allied organisations.

Abuses of this kind go back at least as far as January 2007, when Mr Zuma was still angling for the ANC and national presidency, and the then ANC secretary-general, Kgalema Motlanthe, acknowledged that BEE was fuelling corruption at all tiers of government.

Interviewed by Carol Paton in the Financial Mail, Mr Motlanthe said that corruption in South Africa was far worse than most people realised. “It’s not confined to any level or any area of the country. Almost every project is conceived because it offers opportunities for certain people to make money.”

Taxpayers will never know how much such abuses have cost the fiscus or deprived ordinary South Africans of well-priced public goods and services. In October 2016, however – well before Thuli Madonsela’s State of Capture report and 100 000 leaked e-mails began to reveal the extent of “Zupta” corruption – the Treasury’s then chief procurement officer, Kenneth Brown, said that some 40% of the government’s R600bn procurement budget for goods and services – amounting to roughly R240bn a year – was tainted by ‘inflated prices and fraud’.

Mr Gigaba’s emphasis on changing “the ownership, management, and control of the economy” through stricter preferential procurement and other BEE requirements is thus the very opposite of what South Africa requires.

Instead, the foundations for an effective empowerment strategy are to be found in what Mr Gigaba said about the importance of economic growth. As the finance minister told MPs, it is “economic growth” that:

These are the country’s key needs, as the minister has emphasised. Moreover, as Mr Gigaba further stresses, “improving our economic growth…is our biggest challenge”, while “creating jobs and rolling back the tide of unemployment remains our most urgent priority”.

“Radical economic transformation” will not deliver on these crucial objectives. The best way to achieve them – and open up real opportunities for the millions who will never benefit from BEE – is to shift to a new form of empowerment being developed by the IRR and called “economic empowerment for the disadvantaged” or “EED”.

As part of this shift, the BEE scorecard should be replaced by a new EED one, which incentivises and rewards businesses for their contributions to economic growth. It should accord them EED points for all the contributions listed by the minister and for others besides – in other words, for capital invested, goods and services provided, profits made, dividends declared, jobs generated, and contributions made to tax revenues, R&D spending, and export earnings.

But EED should also go further in helping the poor to get ahead. South Africa also needs effective policies to overcome key barriers to upward mobility, including poor schooling, bad housing, and inadequate healthcare. For decades, the government has allocated large amounts of revenue to meeting these needs – but outcomes have long been dismal, while promises of reform have borne little fruit.

The best way to break the logjam is to re-direct much of the state’s ineffective spending into tax-funded vouchers to be provided directly to poor households. Once parents are empowered with tax-funded vouchers, schools will have to compete for their custom. Failing schools will be forced to improve, while many more independent schools will spring up to help meet burgeoning demand.

Tax-funded housing vouchers will similarly empower the poor to start building or improving their own homes, instead of waiting endlessly on the state to deliver. Tax-funded health care vouchers will allow them to join low-cost medical schemes or take out health insurance policies, helping to free them from reliance on often failing public facilities.

Tax-funded vouchers for schooling, housing, and health care are integral to EED. The EED scorecard would thus also reward companies for their voluntary contributions here by giving them extra points for topping up vouchers for the poor, or helping to improve the quality of provision in these key spheres.

An EED empowerment strategy would put an end to the current failed system of top-down, state-controlled provision. Instead, it would re-allocate much of the current schooling, housing, and health budgets and give the poor tax-funded vouchers from which people can meet their needs.

More than anything else, a shift from damaging BEE to constructive EED would kickstart growth, expand opportunity, and give people a realistic prospect of upward mobility. This is what will truly, to cite Mr Gigaba once again, “remake our society and plant the seeds of the harvest we hope to reap”.