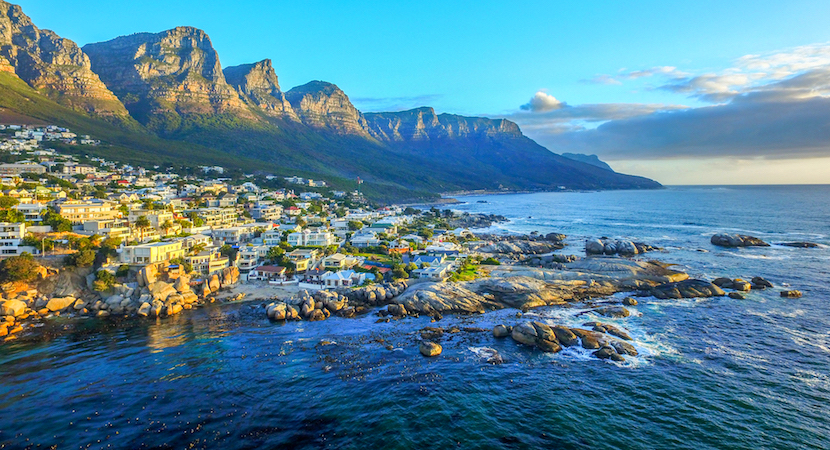 CAPE TOWN — A quick calculation of the potable water output of the first Strandfontein temporary desalination plant due on stream just after Day Zero in Cape Town, shows that it will provide 0,4% of total water needs (calculated at 100 litres per person per day). Increasing that output over threefold after March this year will satisfy the needs of 1,4% of metropolitan Capetonians. That’s courtesy of data provided in this analysis by Professor Werner van Zyl, a lecturer in sustainable energy and water systems at the University of KwaZulu-Natal. It’s a sobering assessment well-worth reading, citing highly successful (albeit very expensive) desalination plants in Spain, Saudi Arabia and Israel. Israel sets the gold standard with an almost 99% greater output from their permanent plant, showing just what’s possible, given enough time and money. However, both those commodities are in critically short supply locally. Even adding in the strenuous sipping from precious local aquifers via multiple, urgently-drilled boreholes, the message is stark – more Capetonians need to use less water much faster. That – and pray for rain. So far, any summer clouds have flattered to deceive. – Chris Bateman

Day zero is looming for Cape Town and a dedicated and efficient long-term solution to South Africa’s water woes must be found. The weather can’t be controlled and drought patterns for the region are set to worsen. It’s time to stop relying solely on rainfall and dam levels for clean water as a critical resource.

South Africa boasts a coastline of over 2500 kilometres so it should be considering the oceans as an abundant water supply. Converting seawater to clean drinking water can be achieved by desalination, a proven technology that’s been used around the world. Desalination involves removing the salinity (dissolved salts and minerals) from water. There are a number of ways of doing this, but the only process that ticks all the boxes in terms of catering for large volumes, environmental impact and cost, is reverse osmosis.

South Africa has around 10 desalination plants dotted along the coast from Lambert’s Bay in the west to Richards Bay in the east. The output from each is quite small and caters only for households in the immediate vicinity.

Cape Town has started down the road of desalination. A temporary desalination plant is due to start producing 2000 cubic metres of water a day (going up to 7000 in phase 2) starting in March. The city will buy the water at a cost of around R30 per kilolitre. The contract is due to run for 2 years after which the equipment will be removed and the area rehabilitated.

But the city needs to develop far more ambitious plans. With a population of around 4 million people it needs a water output of around 500 000 cubic metres per day to supply each individual with roughly 100 litres. Desalination plants have dramatically increased in number and sophistication around the world due to membrane technology breakthroughs and energy saving equipment. 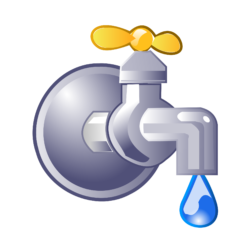 The Ras Al Khair (Saudi Arabia) hybrid desalination plant has a drinking water output of 1 036 000 cubic metres per day. It is a hybrid plant because it relies on both multi-stage flash distillation (which is highly electrical and energy intensive) and reverse osmosis technology. It was built at a cost of US$7.2 billion between 2011 and 2014.

In response to the worst drought Spain had in years, Barcelona built a seawater desalination plant with drinking water output of 200 000 cubic metres per day. It supplies drinking water to around 1.3 million people in the region. It caters to 20% of the population of Catalonia. Additionally, more than 5200 photovoltaic modules are installed on the roofs of eight buildings of the plant which generate approximately 1 MW of electricity annually. It is the largest reverse osmosis based desalination plant in Europe. Construction started in 2007 and the plant was inaugurated in 2009 at a cost of 230 million euros.

The plant was built by Aguas Ter Llobregat, the public utility responsible for the supply of water to the city which also contributed €28 million to the cost. The public utility’s involvement is remarkable given that it would be comparable to the Water and Sanitation Department for the City of Cape Town being in charge of the entire construction of a desalination plant.

The Sorek desalination plant in Israel sets signiﬁcant new industry benchmarks in desalination technology, capacity and water cost. It provides drinking water output of 624 000 cubic metres per day or 26 000 kilolitres per hour, which is more than all desalination plants in South Africa combined produce daily. It is the largest seawater reverse osmosis desalination plant in the world, built by IDE Technologies. It opened in 2013 at a construction cost of around USD$500 million. Sorek will sell water to the Israeli water authority for 2.00 NIS which is around R7 per kilolitre. By comparison, the eThekwini municipality that serves the greater Durban area charges customers R16.20 per kl consumption.

The main challenges for reverse osmosis are:

We, along with others, are involved in exploring desalination processes to remove salts through emerging technologies such as capacitive deionisation, redox-active electrodes, and absorption studies. The advantages of these processes are that they don’t use much energy and that they’re economically viable. The main disadvantage is that they are best suited for brackish water and can’t yet handle the high salinity levels of seawater. They are also not ready to be scaled up to supply a city’s needs.

In the long term, new and more sustainable methods for water production by desalination and energy recovery must be found. Squeezing fresh water from the ocean might be the only viable way to increase the supply and as the examples show, there is now enough evidence to show that large seawater desalination plants are practical.