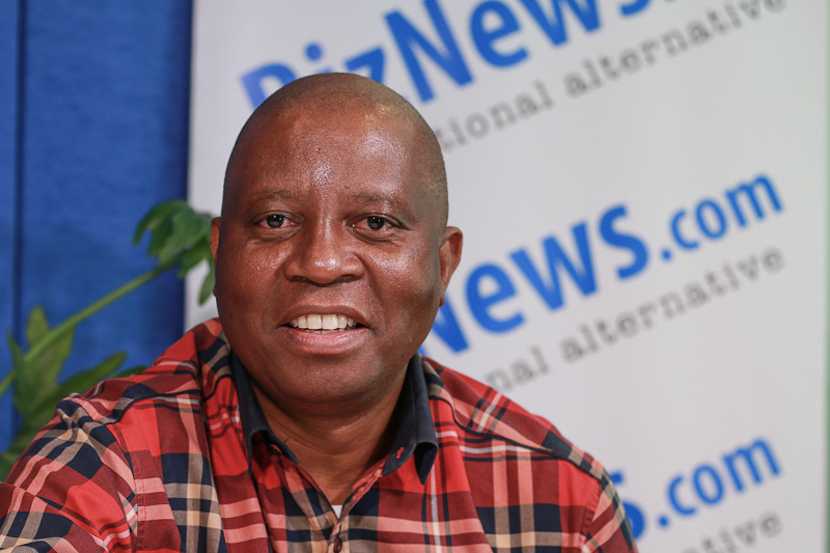 Herman Mashaba, former DA politician and mayor of Johannesburg, is preparing to fight the municipal elections next year in three areas: Johannesburg, Tshwane and Ekurhuleni. In an interview with BizNews founder Alec Hogg, Mashaba said he is committed to “saving this country”. He is not prepared to sit back and complain at dinner parties and warns that whoever takes over from the ANC will inherit a bankrupt country to fix, Mashaba said on Rational Radio. In this in-depth analysis, leadership expert Chuck Stephens explains why he believes Herman Mashaba is a progressive conservative who might draw the crowds at election time. – Editor

The Inconvenient Majority. Sometimes called the “silent majority”, is really a kind of political centre-of-gravity. It does swing though, from place to place and from election to election.

Let me take two glances at Britain and America before taking a close look at South Africa.

In Britain, there were rising concerns about European policies like immigration and about high levels of corruption. First Britain confronted its European partners, but it was outnumbered. This fired up an ultra-conservative, patriotic movement called Brexit. It became very vocal, and to try to tame it, Prime Minister Cameron ran a plebiscite. That backfires, and the Leavers won. So Cameron resigned and his successor tried to comply with public opinion – by negotiating a “soft Brexit”.

This proved to be very difficult because of two forces. First, the sheer size of the European Union which made no bones about not wanting Britain to leave. Second, because of a three-way split in parliament. Essentially, the Brexit bloc was bigger than any other, but couldn’t muster a 50% majority.  Finally Theresa May resigned in frustration and Boris Johnson replaced her. This was symbolic – for he was more inclined to a “hard Brexit”. Conservatism prevailed when he called a snap election. He got Brexit done.

In America, there has always been a strong conservative base. For a century, American elections were contested by two parties – the Democrats and the Whigs. Then along came an upstart new party called the Republicans, in the mid 19th century. Its leadership race was won by Abraham Lincoln, who went on to win the next presidential election too. However, he only garnered about 37 percent of the vote – which was split three ways. But he had more than anyone else, so he was “first past the post”.

“Lincoln was so conservative that when States started to secede over the question of slavery and their sovereign rights as states, he read that as treason.”

Lincoln was so conservative that when states started to secede over the question of slavery and their sovereign rights as states, he read that as treason. A civil war started, during which Lincoln declared the Emancipation proclamation – freeing the slaves. Once again in 2020, over a century later, America may be at the edge of civil war. Once again, the way I read the trending, conservatism will prevail. A kind of “Reformation” was started when the civil rights movement connected to the white left after the abhorrent death of George Floyd. This looked like a rising tide that would wash away the Republicans.

But I rather expect – like Brexit – that there will be a strong “Counter-Reformation” in the months that remain before the Nov 3 election. The silent majority in America will vote with its feet – against anarchy, violence and polarization. The Democrats are splintered into so many factions, some militant like Antifa, some democratic socialist left like Bernie Sanders, and some moderate like Joe Biden. Meanwhile there is a “Blexit” of black conservative to join the silent majority of centrists with their comrades in arms in the alt-right. I would call this alignment the “inconvenient majority” – once Biden, twice shy.

In South Africa, the predominant political space is shared by Liberals and Socialists. I regard Liberals as centrists or near-left. Socialists vary from near-left to far-left like the SACP and EFF.  But honestly, the ANC is split between two factions – one socialist and one liberal. You don’t dare call the DA a conservative party – they will quickly remind you that they took a stand against apartheid while the ANC was still in exile. Their core values are liberal, not conservative.

In short, we are left with a fragmented Conservatism. You have the alt right, mostly in the ethnic enclave of the Freedom Front Plus. You have tribal conservatives in the Inkatha Freedom Party. You have small parties like the ACDP which champion religious constituencies. Then you have two significant blocs – one in the DA and the other inside the ANC.

Vytjie Mentor left the ANC some time ago, she once served as an MP, but she fled to the ACDP. This week she switched allegiances again – to the new People’s Dialogue party (soon to be launched). I regard Herman Mashaba as a kind of progressive conservative – who walked away from the DA when it decided to return to its roots, instead of following Mashaba’s more populist approach. Listen to the policy platform of this new emerging party, after a long process of consultation with stakeholders:

What will start to happen, I predict, is that “the inconvenient majority” will start to coalesce in or around (maybe in coalitions) with this new party. Just like the Republican party, which when it first started, chose Abraham Lincoln as its presidential candidate, and went on to re-define America’s future, Mashaba and the People’s Dialogue can pull off the ANC-exit that centrists and conservatives together have been dreaming about.

I do not belong to any party, as I am an independent observer. This is certainly not a paid political announcement. I am simply reading the signs of the times, in an informed way. To me, it looks like déjà vu all over again.