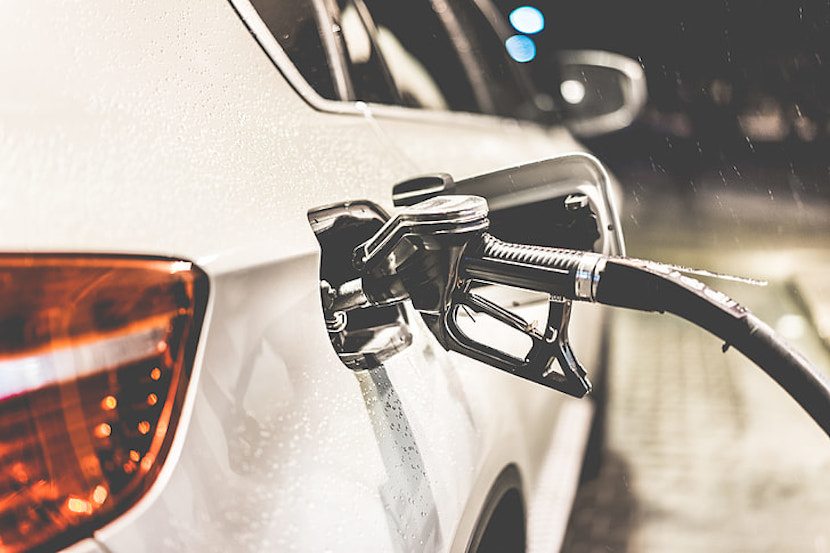 I couldn’t help thinking of the pro- and anti-Covid-19 vaccination debate when I read this critique of the green lobby and the author’s dire warning of the eventual outcome if popular energy conversion measures come to pass. Both sides claim a monopoly on the best data, or worse, are cherry-picking the data to prove a point. Both claim they’re doing it for the greater good, arguing that not stopping the other side will make things infinitely worse. Here Andrew Kenny, writing persuasively in the Daily Friend, takes some well-aimed pot shots at the Green Lobby. Let’s say they mean well and genuinely believe we’re headed for a very warm hell in a badly weaved handbasket. If you accept Kenny’s argument, the Law of Unintended Consequences will result in inflation, hunger and a soaring cost of living, with the poorest suffering the most. You decide. – Chris Bateman

Do the greens want the price of petrol to go up or down?

Do you want the price of petrol to go up or down? This is the question I must ask green politicians and newspaper editors who keep urging us to move away from fossil fuels (petrol, diesel, gas, coal, paraffin, etc).

The price of petrol has risen dramatically round the world thanks to Russia’s invasion of Ukraine and stupid energy policies by world leaders and green activists. Petrol prices are rocketing in South Africa, so people will use less and travel less, and goods will be more expensive to make and to transport. Surely, this is exactly what the greens want. Surely, they must be urging politicians to make the price rise even higher. Surely, green newspaper editors (which means the editor of every mainstream publication in South Africa, including the Daily Maverick) should be cheering.

Surely, the editor of Business Day (which seems to echo every silly green call of Bloomberg) should write, “Hurrah! Petrol is becoming unaffordably expensive. This is just what we want. Please make it even more expensive.”

Strangely enough, they’re saying nothing of the kind. In the US, President Joe Biden, who began attacking the oil industry the day he came to power, has tried to stop all domestic production of oil and gas (by fracking) and who continually calls for the end of hydrocarbons for energy, is now complaining about the high price of petrol in his country. (In the US, petrol for some illogical reason is called ‘gas’, and gas is also called ‘gas’.)

In South Africa, the green commentators who want to end hydrocarbons are congratulating the ANC government for reducing the petrol price somewhat by lowering its taxes. So, what do the greens really want for the price of petrol … to go up or down?

Everyone cries out that when the price of petrol, diesel and aviation fuel goes up, the cost of living for everybody goes up because these fuels are necessary for the production and transport of food and other essentials; the poor will be particularly hard hit. Of course. The main reason why the world is so much richer, healthier and happier than it was 400 years ago is because of hydrocarbons such as coal, oil and gas. They are a major reason why life expectancy in 2000 was double that of 1900 (60 compared with 30).

The more hydrocarbons the country uses, the richer it is. The reason why Greta Thunberg lives in such privilege and luxury is because Sweden became rich and clean by using lots of hydrocarbons, which Thunberg now wants to deny to poor countries in Africa.

The green princes and princesses have made it clear they want to move everybody else, but not themselves, away from cheap, reliable hydrocarbons and towards expensive, unreliable ‘renewables’ such as solar and wind. This will make electricity unaffordable for the poor, as we can already see in Europe, where final electricity prices soar as more solar and wind is added to the grid. The greens welcome this.

The poor countries of Africa will never develop without hydrocarbons, and the greens do not want them to develop. They want them to remain in what they imagine to be some sort of primitive, innocent idyll, the sort of nonsense dreamt up by Jean-Jacques Rousseau. Actually, poverty is not idyllic; it’s bloody awful.

The restrictions on hydrocarbons do not apply to the green aristocrats, who feel entitled to emit vast amounts of CO2. John Kerry, the United States special presidential envoy for climate, a green high priest, cruises round the world in a private family jet, releasing far more CO2 than if he flew economy class in an airliner like the rest of us deplorables. Every ridiculous COP (Conference of the Parties) climate conference sees the runways of its distinguished settings clogged up with private jets belonging to super-rich greens who preach against air travel.

Greta Thunberg, making a great gesture for green hypocrisy, travelled the Atlantic to America in a super-expensive, super high-tech, carbon-fibre yacht, usually moored at the Monaco Yacht club. Her crew was all flown back to Europe, releasing five times as much CO2 as if she’d just travelled economy class.

Underlying all this destructive nonsense is climate alarm. As it becomes perfectly clear there is no climate crisis, that the climate is now benign and bountiful, that rising CO2 is doing nothing but good (increasing plant growth while having no effect on the climate), the greens are panicking. The gigantic vested interest of climate alarm is under threat from science, facts and data, and the only way the greens can face this threat is by ignoring the data and screaming even louder that we are all doomed. The latest reports from the Intergovernmental Panel on Climate Change (IPCC) illustrates this perfectly.

Business Day, as usual, gives the perfect example of its silliness with the heading, “Only immediate action will prevent climate disaster.” Ho hum. The IPCC, which poses as a scientific body, is actually a politically funded advocacy group promoting climate alarm. It has been mired in scandals, its reports are filled with mistakes and guesses, and its models and predictions are invariably wrong. This latest report predicts even more disaster unless we act immediately, which means forsaking hydrocarbons except for the green elite and turning to horribly expensive and unreliable renewable energy. In other words, making a ‘just energy transition’ where the green aristocrats will live in luxury and the rest of us will revert to the Stone Age. This is the essence of Biden’s Green New Deal.

For most of the pre-industrial age – that is for most of the last 8,000 years – global temperatures were higher than now. (This makes nonsense of the wish by the Paris Agreement to keep temperature rise less than 1.5 °C above that of the pre-industrial age.) For the last 6,000 years, temperatures have been gradually dropping, in an irregular up-and-down manner. The cooling looks likely to continue. The Little Ice Age (about 1400 to 1850 AD) saw the lowest temperatures in the last 10,000 years. They have risen slightly since then but are still lower than they were a thousand years ago.

Above 150 ppm, CO2 has very little effect on temperatures in theory, and none in practice. The ups and downs in temperatures over the last 10,000 years have nothing to do with CO2 and seem to be driven by variations in the Sun’s emissions of charged particles, not in total irradiance. All of this is well known. The data is freely available. The IPCC does its best to stop the public getting and discussing this data.

How about the price of petrol? What do the greens want? What do our politicians and journalists want? I’ll tell you what I want. I want the price of petrol to come down. I want more exploration for oil. I want fracking. I’d try to reduce coal usage because of its pollutants not because of its CO2. I want far more nuclear power; our cleanest, safest, most affordable source of reliable electricity. I want solar and wind to be used in their proper places, for off-grid power and energy, not on the grid. I want the people of Africa to become as rich and healthy as the people of Europe. My plan is clear. The green plan looks murky.