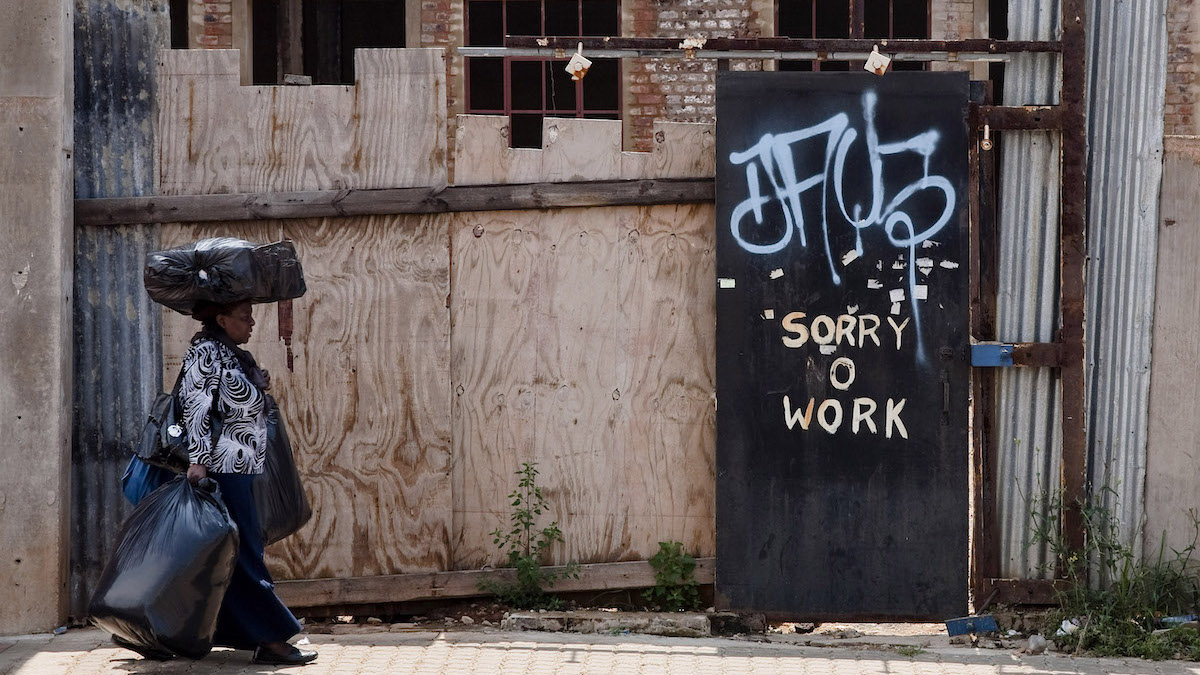 Simon Mantell, the Cape Town owner of Mantelli’s biscuit factory, believes that business must play its part in ensuring that the ANC is voted out of power in 2024 – and rather than shouting “voetsek” to the ANC at BizNews events, a more productive approach would surely be to convince the few competent opposition leaders that the owners of small and medium enterprises offer parties the route to millions of voters and their families on a national basis. – Sandra Laurence

Hersov’s outspoken criticism of government and Robertson’s subsequent put down – would it be more productive to focus on a solution?

Rob Hersov’s outspoken description at a recent BizNews seminar of ANC cabinet ministers as clowns, and of a dishonest and weak president, does little to advance the future interests of our country, which are inextricably linked to the ANC being voted out of power in 2024.

Clear thinking South Africans from all walks of life are aware that the ANC government has all but destroyed each and every government department or state-owned entity within its orbit and that the country is on the cusp of failed state status with immense ramifications for all citizens and not just the monied elite.

It is unsurprising then that Hersov’s words found traction with an already converted audience as his talk railed about the useless ANC and lamented the absence of leaders in big business willing to put their heads above the parapet.

The cacophony of noise increased as Gwede Mantashe, the minister of mineral resources and energy predictably responded and Bruce Robertson, in a hard-hitting critique of Hersov, described Hersov variously as a charlatan, a paper tiger and an over-confident narcissist.

Time until the 2024 election is short and this writer would like to suggest that in order to achieve the objective of unseating the ANC, instead of insults and brickbats, realities must be accepted and opportunities identified which will allow opposition parties to attain this objective.

Strident criticism of the ANC on public platforms has no effect in persuading ANC supporters to vote for other parties and big business is invariably aligned with the government of the day.

Notwithstanding the devastation heaped upon the country by ANC misrule, the various opposition parties’ election strategies (EFF excluded) have failed to convert the ANC voter base in any meaningful way.

Mindful of our history, the changing of peoples’ loyalties towards a political party is not something which can be achieved in a 3-month election campaign cycle – rather, like winning over consumers, it takes a long time with consistent and if possible, personal messaging and communication.

Traditional campaign strategies of radio, TV, print media and rallies for a few weeks before an election are not only expensive but clearly fail to win the “unconverted” over.

The millions of unemployed relying on the Basic Income Grant (BIG) have a positive association with the ANC and will remain loyal to the ANC.

The fact that 50% of South Africans would vote ANC today is indicative of the low expectations the vast majority have in terms of understanding what a government should be providing them.

Small and medium enterprises (SMEs) with turnovers ranging from R1 million up to R500 million per annum are the largest employers of millions of blue collar workers in the country and these workers are typically non-unionised.

SME owners work closely with their staff, generally resulting in an environment of mutual respect and trust.

SME owners are alert to the misrule which the ANC has wrought upon the general business environment and the daily lives of their employees and their families and with the exception of tenderpreneurs, SME owners have no loyalty to the ANC.

The SME workplace can provide the opportunity for opposition parties to communicate directly with the millions of blue-collar workers on a regular basis at very little cost to political parties.

SMEs become the conduit for political parties which resonate with owners to communicate in a non-partisan way, informing employees of all the benefits that can be derived from a well-functioning and accountable government and where politicians and elected officials who fail to deliver can and must be voted out of office.

Consistent voter education will inform workers of what acceptable expectations of a government should be in areas including, but not limited to, employment, education, housing, health and safety and what their future could look like with an alternative government.

The widespread availability of smart phones means that political parties could interact consistently and personally with millions of employees and their families for the purposes of selling their vision and hope for a prosperous South Africa for all.

The Basic Income Grant provides the ANC with untrammelled access to the millions of unemployed who will loyally vote ANC, if they vote at all.

Big business, with a few exceptions, has no stomach to get involved and solutions must be found elsewhere to unlock the ANC support base.

The traditional and costly election campaign strategies of opposition parties have failed to make inroads into the ANC support base.

SMEs offer a golden opportunity for tech savvy political parties to maintain consistent lines of communication with millions of SME employed workers who also have everything to lose if the ANC remains in power.

Hersov will probably not dispute Bruce Robertson’s label of someone who is, at times, over-confident, arrogant and narcissistic and who fell upwards in the lottery of life –but these are side issues. No one chooses their parents and no one is perfect.

More importantly though, Hersov is clearly passionate in his beliefs and this is a quality which should be praised.

Business must play its part in ensuring that the ANC is voted out of power in 2024 and rather than shout “voetsek” to the ANC at BizNews events, a more productive approach would surely be to convince the few competent opposition leaders that SME owners offer their parties the route to a market of millions of voters and their families on a national basis.