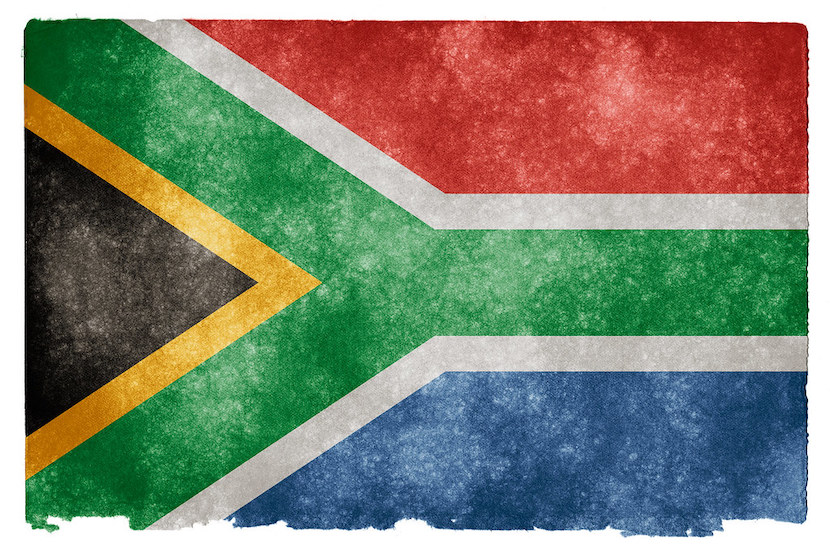 We are all products of our past and we’re responsible for moulding our future – and countries are no different. Here asset manager, John Swart, demonstrates just how much can change in one tenth of a century – and how it can inform our planning for the future, especially in a country as volatile as South Africa. He distills the global changes of the last decade down to how they influenced South Africa and then reviews our own past 10 years before offering a few key beacons for navigating a safe and secure future. As local clouds seem to gather and darken, Swart offers a few crucial tips, weaving a safety net to protect your assets, building in financial flexibility and suggesting how and where to play the property market. The really savvy investors see opportunities when a hard rain begins to fall and Swart picks out a few safe havens from which to strategise until it lets up. It won’t get better anytime soon, but even a downgrade to junk status has its upside. South Africans are resilient, innovative and adaptable. We’ve stared into what seemed the abyss before. Now is the time think hard, plan well and stay nimble. – Chris Bateman

When the sun rose on January 1st, 2010, Steve Jobs was still CEO of Apple, Facebook was still an upstart and Uber hadn’t reached an app store yet. The most used app today (WhatsApp) was only launched in January of 2009 and turned out to become the third most downloaded app of the past decade.

Blockchain was invented in 2008 through the launch of the first cryptocurrency, Bitcoin, which was launched in 2009. Today there are more than 1000 crypto currencies worldwide and it is estimated that an amount of more than 100 billion US Dollars have been invested in all of these currencies to date. It is also believed that more than 20% of financial institutions are already using blockchain technology.

Artificial Intelligence (AI) has slowly but surely become part of our everyday lives ranging from the way we communicate with high definition fast images, text and video to the way we buy goods online, to healthcare to education to entertainment.

The decade began amid the chaotic wake of a global financial crisis, and ended with a US president facing possible impeachment for only the third time in history. The growing use of social media fuelled mass protest movements, bringing millions of people together around the globe in pursuit of common objectives. Britain saw a new generation of royals emerge and countries around the world passed laws legalising same-sex marriage.

High levels of government debt, soaring bond yields and a collapse in confidence pushed nations in Europe’s periphery to the brink of bankruptcy. Greek yields soared past 40% at one point in 2012 while those on Italian, Portuguese and Spanish also surged. This euro-area crisis threatened to wipe out the most ambitious currency project in history. Massive restructuring packages and quantitative easing from the European Central Bank ultimately staved off disaster but threats remain. June 2016 saw the majority of the British people vote in favour of leaving the European Union. This unexpected outcome, led to extended negotiations and parliamentary upheaval ultimately bringing Mr Boris Johnson into power as the new Prime Minister.

China officially became the world’s second largest economy in 2011 overtaking Japan after its economy shrank in the final months of 2010. In 2010, China achieved a growth rate (GDP) of 10.4% after which it continued to slow down to a rate of 6.6% in 2018 (last published rate). China is still deleveraging and growth is expected to moderate further.

Read also: From Cyril’s desk: Our future is in Africa, with Africa

Populism has been on the rise since the previous decade ending the past decade with prominent populist leaders in power including Trump, Johnson, Putin and Modi (out of 20 recognised populist leaders). Interestingly enough, South Africa’s own Zuma was also regarded as a populist leader.

As far as markets were concerned, the bull market, which is still alive, started in March 2009 and is already the longest bull market in history. It has indeed topped the bull market of the 90’s that lasted for 113 months. However, the current bull market, which has seen the S&P 500 rise 330% in its 10+ years, is still second to the 90’s bull run, which returned 417% in that decade. Inflation has declined to its lowest level globally which has of course played its part in fuelling the surge in stock markets across the world.

South Africa experienced its fair share of turbulence in the past decade. 10 years ago the EFF did not exist. In 2019 it ended with 10.8% of the vote and 43 seats in Parliament. President Zuma resigned in Feb 2018 and Cyril Ramaphosa was appointed as new president with a mission restore confidence and turn around the economy.

News of SA’s largest corporate scandal in history broke towards the end of 2017. Steinhoff, then the 6th largest company (measured by market capitalisation) on the JSE, saw R240bn of shareholder value wiped out.

The JSE All Share Index ran hard in the first half of the decade generating a return of 15.79% per annum but stalled to a paltry 5.99% per annum in the latter half.

Land expropriation without compensation reared its head again in 2019 with the amendment of the constitution now high on Government’s agenda.

Eskom loadshedding reached critical levels towards the end of 2019 with devastating effects on business.

Internal political conflict within the ANC has hampered many actions urgently required to address critical issues including education, infrastructure, law and order and job creation (in no particular order) while the Zondo Commission slowly tries to unravel the deeds of corruption and state capture towards (hopefully) bringing the guilty parties to book in the quest for retribution and sanitization of SOE’s, Parastatals and Government. Fact is, the damage inflicted to the SA economy in the past decade, particularly during the Zuma led government marked by state capture, rampant corruption and a gross neglect of state department management, will take more than a decade to undo.

Then finally, probably one of the most sobering statistics: The SA Rand has lost 47% of its value against the US Dollar over the past decade.

Taking the long view, the individual stories of the past 10 years tend to blur into a few big trends. While it is impossible to predict exactly what the next decade may bring, lessons from the past and themes emerging can certainly help to formulate a number of scenario’s helpful in navigating lifestyle and investment planning in South Africa.

Five themes that are bound to dominate the Global stage and also to affect SA are:

Expect markets to be softer in the next decade.

With a US recession most likely to occur within the next 2-3 years, company earnings will come under pressure and share prices will decline.

It will require great wisdom and discipline to manage sovereign debt levels lower without causing a massive fall in bond valuations. Negative yields (where the interest on long term bonds falls below the average rate of inflation) currently prevails in more than a quarter of the global bond market. This is unsustainable.

Jobs will become fewer – especially in the middle class – as technology in the virtual – and augmented reality space, will phase in the use of robots.

Expect inflation rates to be subdued for the next 3-5 years. This factor combined with increasing risk in global bonds, will bring high dividend yielding stocks in high demand.

The South African picture is rather gloomy at this stage.

While a lot has been done since the election of Cyril Ramaphosa, the effects will take a long time to manifest.

All eyes are on ESKOM in anticipation of when and how this crisis will end. It goes without saying that businesses across the board are suffering at a time where it cannot be afforded. Based on all credible projections, load shedding (which was introduced as long ago as 2007) will continue and may be stepped up to prevent a total collapse of the power supply. At best, matters will only improve in the next 2-3 years. While this continue, together with a number of other challenges of which some is touched on below, it is unlikely that we will see a growth of more than 1% per annum which is less than a quarter of what the country needs to create more jobs.

With more than two thirds of SA youth being unemployed, an insufficient growth rate will mean even higher unemployment which will lead to more children being born into poverty, more people without the means and access to decent education, higher levels of crime and a heavier burden on the existing tax base.

Expropriation of property Without Compensation (EWC) will most likely be implemented as government seeks approval to pass the bill to amend Section 25 of the Constitution. The impact of this notion could already be seen in SA property prices – particularly the agricultural, development land and luxury residential market.

National Health Insurance (NHI), now already in its second stage of development which commenced in 2011, is still on track to be implemented in 2026. Despite huge opposition and up to 70% of SA medical professionals indicating that they will emigrate when the NHI is promulgated, Government is pushing ahead.

South Africa’s credit rating is hanging by a thread and the final downgrade to “junk status” will most likely happen in 2020 rendering SA Bonds as non-investment grade.

With many dark clouds and few silver linings, how do we as South Africans – in this context entrepreneurs and professionals (of all races), retirees and Investment partners – position ourselves?

These are our views and recommendations based on collective opinion:

In conclusion, it may get worse before it gets better.

South Africa has much to offer without going into the details again. Accept that we are an African country with our own unique set of challenges but with the right combination of courage, care and advice, we can still make a good living in one of the most beautiful countries in the world. SA is blessed with strong and smart people across all sectors – many of whom are in leadership positions in both private and public sectors. Together we can prosper.