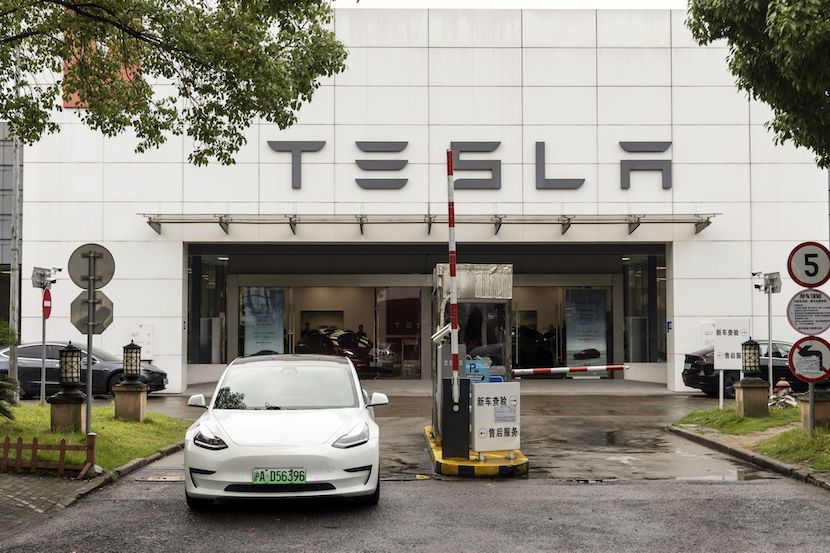 The final week of October capped a month to remember for global equity markets. The US markets continued to reach new highs, with the S&P 500, Nasdaq and Dow Jones climbing 6.9%, 7.3% and 5.8% respectively. The month’s gains were led by electric vehicle manufacturer Tesla, which became the world’s sixth trillion-dollar business. Whether Tesla will be able to stay part of this elite club will be long debated, given the many doubts about its lofty valuation. A snippet of a detailed thread on Tesla’s valuation is below and there are interesting comparisons drawn to other US mega-cap valuations. Christopher Blomstran (CFA) is the president and chief investment officer at Semper Augustus Investments Group.

Meanwhile, at 400 times earnings and 29.5 times sales, you can swap one Tesla for two Berkshires, or five and a half Toyotas. Congrats to those riding this bubble. There are some trains you need to get off though. For those coming in now to the stock, don’t be the greatest fool.

Under fire, Mark Zuckerberg has rebranded Facebook to Meta, as he looks to divert attention away from the negative publicity the social media platform has been receiving. There have been questions surrounding the corporation’s business practices given its enormous power.

In the local market, the JSE All Share Index climbed more than 5% in October with the resource counters – predominantly the precious metal producers – making a strong recovery after a rather aggressive drawdown in the last few months. Last week, Sibanye-Stillwater, Impala Platinum and African Rainbow Minerals all announced significant M&A activity. Historically, the top of the commodity cycle has been characterised by a hive of M&A activity, causing investors and traders round the world to become skittish. Last week, veteran mining analyst Peter Major shared his pearls of wisdom on Sibanye-Stillwater’s acquisition of a Brazilian nickel and copper mine as well as Impala Platinum’s proposed takeover of mid-tier PGM miner Royal Bafokeng Platinum. The audio for both of these interviews is attached below.

South Africa’s favourite market commentator David Shapiro was upbeat as usual, projecting a short-term economic boom in South Africa with the consumer having pent-up savings as a result of subdued consumer spending during the pandemic. JSE small-caps Ascendis Health and Bell Equipment are also discussed; the former is undergoing a recapitalisation of the business and the Bell family offered a lowball R10 per share offer to minorities. This was hugely controversial given that the offer was at a 40% discount on its share price. The thread below outlines that the deal going ahead is highly unlikely, given the opportunistic nature of the price offered.

1. People keep asking me about the prank R10 offer from the Bell family, so figured I'd do a thread explaining why this $JSEBEL deal isn't happening

CEO of Western Cape-focused property group, Spear REIT, Quintin Rossi and CEO of embroiled ICT business, EOH’s Stephen van Coller share insight into their financial results. Both companies have come out of the pandemic stronger, with EOH turning to profitability for the first time since 2018. Van Coller explained the groundwork over the past three years has laid the foundation for the technology-focused business to flourish after dealing with the remaining legacy issues. Rossi was equally optimistic about Spear’s prospects, with the man in charge a consistent buyer of his own stock in the market … almost always a positive sign.

Lastly, Piet Viljoen reviews Alec Hogg’s decision to include penny stock Aveng in the BizNews investment portfolio with Viljoen giving Hogg the thumbs up. AB InBev, the world’s largest brewer is analysed from an investment perspective following its results, given that it’s one of the top holdings in the Counterpoint value fund.