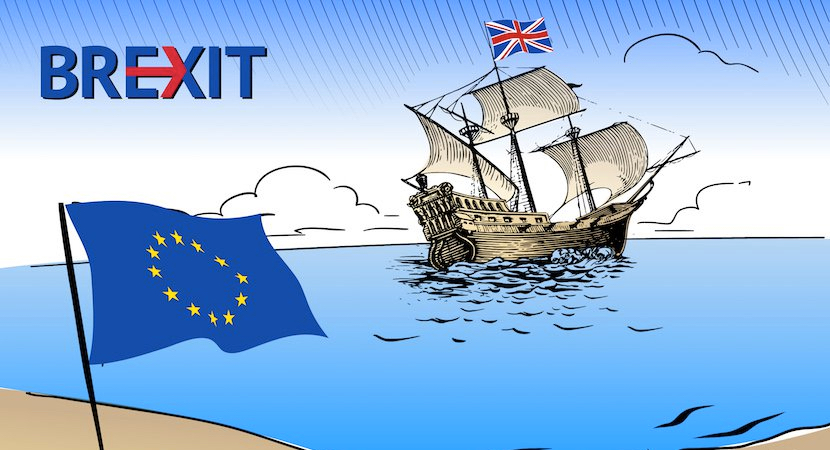 EDINBURGH — It was inevitable that a major political change like that sparked by the Brexit referendum would affect the UK economy. Now that the dust is settling on the decision to divorce the European Union, the impact is becoming clearer. Agelos Delis of Ashton University has put together six graphs that tell the story of how Brexit is playing out across business and in households. The UK economy performed relatively well until the end of 2016, but there are signs that 2017 is going to be a challenging year, the academic cautions. Although there is some evidence the economy is slowing down, the economy in a “worse state” than before the referendum, says the economics lecturer. – Jackie Camerons

It has been a year since British voters went to the polls and voted by a narrow margin to leave the European Union. The Brexit referendum triggered a heated debate about the potential economic effects of Brexit. But what has actually happened to the UK economy in the year since the Brexit vote? These six graphs help explain.

Overall, the UK economy performed relatively well in terms of GDP growth during the second half of 2016 following the referendum. However, more recently there have been indications of a slowdown in economic activity in the UK.

The British currency was one of the economic variables that was most affected by the decision of the British electorate to leave the EU. Sterling has depreciated by a significant amount, around 15%, since last year as international markets reacted to the announcement of Brexit. A standard explanation is that markets expect lower volumes for future UK-EU international trade and also that longer term projections for future UK growth could be revised downwards.

The depreciation of the pound has contributed to a significant rise in the price of imports into the UK. British consumers are now having to pay a much higher price for foreign products. As a result, inflation increased from 0.5% in June 2016 to 1% in September and 2.9% in May 2017, the highest in four years. This is likely to affect both businesses that import products, and consumers.

The rise in inflation also raises challenging questions for members of the Bank of England’s Monetary Policy Committee (MPC), which sets UK interest rates, and has a target to keep inflation below 2%. The MPC could tighten monetary policy by raising interest rates in order to reduce inflation, but this will probably hurt households and potentially GDP growth. Alternatively, it could decide to ignore inflation for the moment and lower interest rates even further. Or do nothing. In June 2017, members of the MPC remained divided over whether it is the right time to raise interest rates.

In the labour market, the most notable change has been a drop in real weekly earnings since the end of 2016. Average weekly wages (excluding bonuses) fell from £461 in June 2016 to £459 in December 2016 and £458 in April 2017. This is the result of weak nominal wage growth (closely related to the UK’s productivity puzzle), combined with the steady rise of inflation. Real wages have fallen in the UK and people are beginning to feel the pinch.

The drop in average earnings could have serious consequences for future UK GDP growth. This is both because household savings have steadily depleted in recent years, and recent UK GDP growth was driven by consumer spending. If consumers have less in their pay packet each month, the economy could slow further.

The households savings ratio attempts to present a picture of how much money households save as part of their income. When the savings ratio is very small, it implies that households have fewer savings relative to their disposable income. In 2016, the ratio was at 5.2%, its lowest level since records began in 1963.

One potential positive effect of the pound’s devaluation could have been an improvement in the UK’s trade balance – but that has not yet materialised. Standard economic theory predicts that currency devaluation will reduce a country’s imports (which become relatively more expensive), increase exports (relatively cheaper) and so improve the trade balance.

A trade deficit is not a problem per se, but a devaluation could have brought a sizeable increase in the export sector and helped to boost employment and wages. There are a number of reasons for why this did not happen, with one being that UK exporters have not reduced the prices of goods sold abroad in foreign currency, and so just increased their profits per unit sold.

The UK economy performed relatively well until the end of 2016, but there are signs that 2017 is going to be a challenging year. There is some evidence – although early – that the economy is slowing down. Bloomberg’s Brexit Barometer, an index tracking the impact of Brexit on the economy, has fallen in recent months, but does not put the economy in a “worse state” than before the referendum.

Of particular interest is going to be how households will react to the rise of inflation and the erosion of their real income given that their savings are at historically low levels. And don’t forget the increasing uncertainty that Brexit negotiations and tactics will bring to the economies of both the UK and EU.

The graph regarding trade balance has been updated with corrected figures. The accompanying text originally stated that the UK trade deficit was around £175 billion at the time of the referendum, and had worsened to £197 billion at the end of March 2017. This has been corrected to £30 billion and £35 billion respectively.