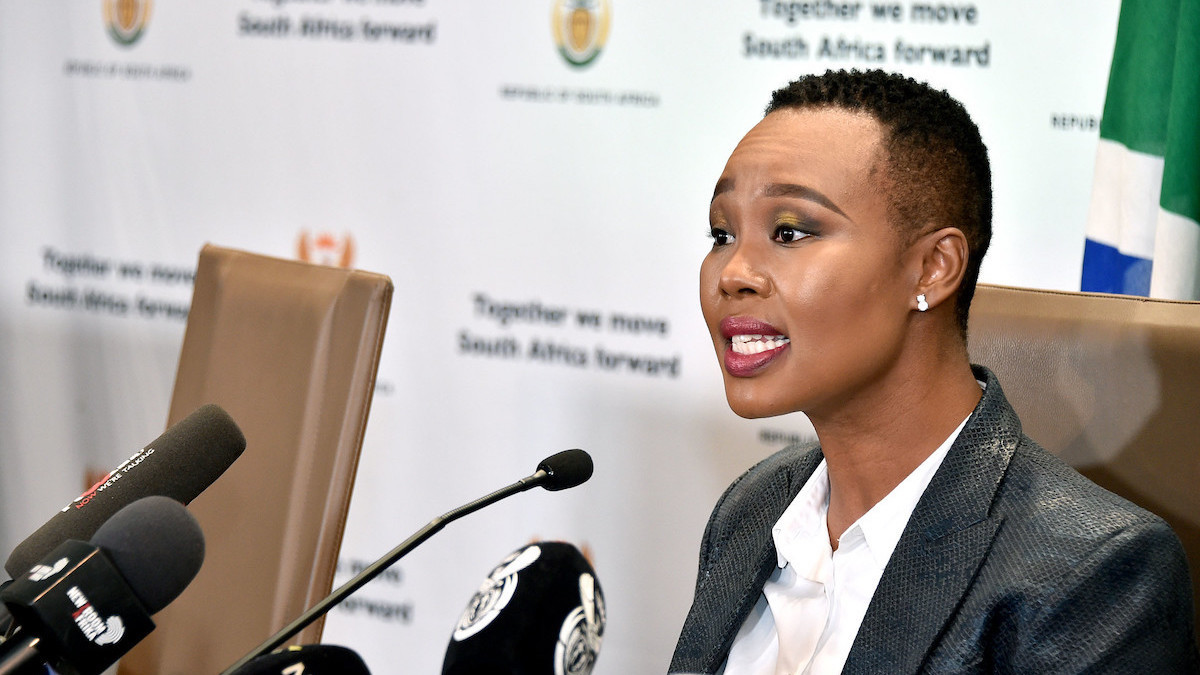 There’s a song by the group Talking Heads, (an appropriate analogy for our cabinet), with the lyrics, “We’re on a road to nowhere, come on inside,” which aptly sums up government’s ‘National Small Enterprise Development Masterplan (NISED).’ The political invitation to ‘come on inside’ – as with so many of the government’s grand papers, strategies and frameworks, translates to,“if you’re not with us, you’re without us.” A bit like the old National Party, the ANC turns anyone who criticises or opposes it into an instant reactionary. The only difference is the NP thought there was a revolutionary under every bush while the ANC labels anyone who opposes it as anti-transformation. Here Luthando Nondaba, a policy advisor at the National Employers’ Association of South Africa (NEASA), unpacks just how transformative it can be. The growing mountain of ‘transformative” (read economically disastrous) red tape/regulation, despite Ramaphosa’s impotent bureaucracy-busting initiative in February, will strangle it at birth, he concludes. – Chris Bateman

Government’s grand SMME Masterplan: Much ado about nothing

The Minister of Small Business Development published the draft National Integrated Small Enterprise Development (NISED) Masterplan for comment on 10 May 2022.

The overarching objective of the NISED Masterplan is to significantly raise the contribution of economic output and labour absorption by SMMEs. It purports to achieve this by a series of programmes and actions within outcome areas, namely:

The remaining quandary is the question of ‘how’?

The NISED Masterplan alleges to harness an integrated and well-functioning ecosystem that mobilises all role-players into a seamless and streamlined solution for the development and support of small enterprises – whatever that means.

What the Masterplan does confirm, albeit based on pre-Covid-19 data, is that less than 300,000 formal SMMEs provide formal employment (i.e., file an IRP5 PAYE tax form) and that it is estimated that there are between 600,000 to 800,000 formal enterprises in existence; these include sole proprietor-owned businesses registered for tax. The Masterplan also confirms that in the past three decades, SMME growth has been stagnant at best and that estimates for the informal economy show between 1,2 million and 1,5 million survivalist or informal type enterprises.

The above notwithstanding, NEASA has opted to simply not bother commenting on yet another of Government’s lengthy hot-aired strategies and frameworks intended to “stimulate business”.

On 10 February 2022, the President, during his SONA speech, made a commitment through the creation of a Red Tape Team in the Presidency, headed by Sipho Nkosi, to reduce red tape which makes it costly and difficult for the private sector to do business in the country. Not much, if any, progress reports or initiatives have surfaced from this team.

Today, business is still voicing its concern on how increasingly difficult it is to do business in South Africa because of the red tape, and Government’s interference with the free working of the private sector, which will inevitably impede any envisioned public-private partnerships as so eagerly proposed in this Masterplan.

The State continues to impose burdensome taxes on business, impose minimum wages, affirmative action and BEE requisites and dubious lopsided procurement processes, licence requirements, and provide no environment for business to prosper. These obstacles continue to be a legislative red tape stranglehold on an already struggling private sector.

What is even more curious, is that Government continues, by the week, to make laws which are in stark contradiction to their alleged support for economic growth and for business. For example, to name but a few, the Government’s proposed amendments to the Employment Equity Act, which will allow the Minister to determine targets for a sector. All employers within that sector will then have to align their targets with these prescribed targets, failure of which, they will be deemed non-compliant with the Act. The amendment will also remove the option for non-designated employers to voluntarily comply with the requirements of the Act as if they were designated employers.

In so far as minimum wages are concerned, when Government forces someone to pay a wage they cannot afford, it ultimately leads to unemployment and unproductivity.

The newly proposed Migration Policy aims to oust foreign nationals from the labour market, whilst it has been proven that foreign nationals have a net positive effect on the employment and wage level of South African workers. With these proposed Labour Migration Policies and accompanying Employment Services Act Amendment Bill, the State will now attempt to exert even more power over the hiring and employment practices of business owners and employers within their own businesses.

When employers are left to do business, in the manner and method they prefer, including the recruitment and hiring of their staff, they thrive. The goal of business is not to jump through the administrative and regulatory hoops posed by Government for illogical political motivations; it is to generate revenue, employ people and contribute to the economy in the best way it can. These proposed measures stand in stark contrast with the principles and values of a free-market dispensation.

The rotten and lacklustre attitude of Government, the country’s deteriorating infrastructure, power cuts and recurring empty promises for change do little to help. The municipalities of the country are in shambles. It is trite that municipalities need to provide the infrastructure and basic services that support a favourable investment climate, without which disinvestment, deepening unemployment and poverty follow. The state of South African municipalities makes it simply impossible for business to function optimally.

What becomes more apparent from the above is that while Government alleges to want to help business, it is committed to the cause of creating MORE red tape for business – an act committed without even the consultation from true business representatives but rather after consultations with ‘organised labour’ constituency representatives, as nominated by NEDLAC, who do not have the slightest interest in the economy prospering.

The frustration of business originates from the fact that the objects of this Masterplan have all been heard before, but nothing changes. The commitments to reform and ‘integrated strategies for promoting entrepreneurship and small enterprise’ go nowhere.

There has been much criticism of Government from big business of late, which should be a cause for concern, but it is unlikely to be. Government has repeatedly proven to be out of touch with reality and deaf to reason. There is no reason to believe this will unexpectedly change.

It is against this backdrop that NEASA has deemed it futile to comment on this ‘Masterplan’, as there is nothing practicable or new to comment on.

The private sector knows all too well Government’s tendency to promulgate fanciful laws, which are received with much fanfare. However, Government has remained principally unsupportive to the private sector, even with the current laws and strategies, which are destined to be replaced by this draft NISED. All these initiatives appear to be mere lip service with no clear implementation mechanisms.

It will be interesting to imagine which miracle Government will employ to ensure that the proposals and objects of such a document will come to fruition, and furthermore, what steps Government is willing to take to ensure that cadre favouritism in a Government, fraught with corrupt leaders, does not hinder such ‘noble’ ventures.

Possibly even now, resources to enable many of the objectives enshrined in this draft Masterplan, are well on their way into some politician’s pockets to be siphoned off without a trace. The Government remains steadfast in squandering any opportunities for co-operation with the private sector. Any well-intended initiative which comes from the Government of the day is naturally accompanied with distrust. NISED should also be treated with this circumspection.

NEASA rejects this Masterplan, which at first glance proposes initiatives which could help the private sector and economy as a whole. A closer analysis of this Masterplan suggests that it is doomed to failure and is no different from the multitude of White Papers, strategies and frameworks on which it is based, and as with its predecessors, lacks any realistic implementation mechanism -and will not achieve its goals.

Business has simply had enough of Government’s drivel.