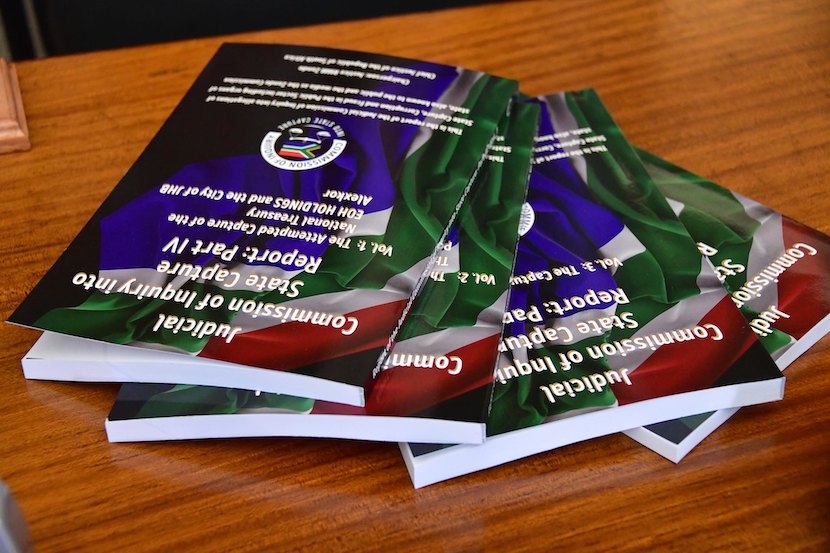 Cost efficacy in the procurement of goods and services for the state was a much-ignored top requirement under Zuptoid state capture when a host of tender rules were manipulated to siphon trillions. Yet, an overarching 2017 legal amendment upping the threshold of BEE requirements to force all tenders to go only to 100% black-owned companies was struck down by the Constitutional Court after a Sakeliga challenge in mid-February this year. Minor chaos ensued in provincial government departments after a Treasury circular froze all tenders from 15 February onward. Treasury has yet to spill the beans on the full impact of this. This story contends that the Zondo Commission – its first report far outshone the fourth (a reprise of nearly all we already know) – has brushed over the massive and manipulative role BEE plays in advancing the interests of a select few. Those in power know how to use the rules to punish their opponents and reward their acolytes. Some near-satirical examples follow. Article courtesy of the Daily Friend. – Chris Bateman

Part 4 of the Zondo Commission report into state capture came out last week. It primarily rehashes and reaffirms the story of how Eskom was captured by the Gupta family with the help of former President Jacob Zuma. But, despite the commission’s ever-growing price tag (R1bn and counting), it provides the country with little new information.

Part 1 of the Zondo report, released in January this year, is arguably more instructive in describing many of the mechanisms that have long been used to circumvent the National Treasury’s comprehensive anti-corruption procurement rules.

As Zondo Part 1 recounts, “patterns of abuse” include the ordering of goods or services that are not in fact required “either because they have already been supplied or … could be provided in-house”. These ‘patterns’ also involve the provision of “premature payment (before delivery)” and “payment for work not done at all”.

“Deviations from normal tendering rules” are particularly common because they “dispense with the usual competitive requirements”. This is generally justified by some emergency need, or “where there is supposedly only one supplier available or likely to come forward”. Deviations are supposed to be the exception but are increasingly “the norm”, says Zondo.

Other patterns of abuse involve unwarranted “confinements”, where a single supplier is erroneously identified as having unique capacity to provide the (often complex) goods or services required. Also common is “parcelling”, where a high-value contract is split into many smaller ones – all concluded with the same supplier – so that each tender falls below the threshold at which stricter controls would otherwise come into play.

Zondo Part 1 pays some attention to the problem of BEE preferential procurement too. The report acknowledges that “the ideals of empowerment have been grossly manipulated and abused to advance the interests of a few individuals”. By implying this is relatively rare, the report brushes over the magnitude of the BEE procurement malaise and the damage it has done over 15 years and more.

Also ignored by the commission is the key question of how the relevant rules have been so easily circumvented in the context of ANC procurement when they are so strictly applied against the ruling party’s main political rival, the Democratic Alliance (DA).

DA federal chairperson Helen Zille provides a telling example from 2018, when she was premier of the Western Cape. Her office needed to send an official out to probe a local government problem in a distant municipality. He had to stay in the town overnight, so her office chose the cheapest of three quotes and booked him in at Guesthouse A. But when he arrived, Guesthouse A was full – so he booked himself into nearby Guesthouse B, which happened to be R76.90 more expensive than Guesthouse A.

As Zille records, “this automatically triggered a chain reaction that resulted in a full-blown investigation lasting six months”. It also yielded “two reports (comprising over 70 double-sided pages, with annexures) that had to be read and signed off by now fewer than seven officials”.

During this investigation, her office had to provide full explanations of why the cheapest quote had not been used, who had approved the change, why supply chain officials had not been informed, and (a matter clearly beyond the DA’s ken) “why Guesthouse A was fully booked”, for which supporting documentation was also required.

Zille’s point in telling the story is not to decry these spending controls but to illustrate the “forest of rules” the Treasury has developed to counter potential spending abuses. These rules kick in over even very small amounts, where the costs of investigation far outweigh the sums in issue.

Yet, ANC cadres have been able to “steal a city”, as ANC insider Crispian Olver writes of corruption in Nelson Mandela Bay. Zupta abuses at Eskom and Transnet alone total close on R60bn, as Zondo reports, and roughly half the state’s R1trn annual procurement budget is tainted by fraud and inflated pricing, as Willie Mathebula, acting chief procurement officer at the National Treasury, told Zondo at the start of the commission’s work.

In Zille’s view, corruption on this massive scale can remain undetected and undeterred only if entire networks of ANC officials are willing to turn a blind eye to it. This indicates that almost everyone within the ruling party is party to the abuse and expects to get away with it.

The harm to the majority of black South Africans is enormous, as scarce tax revenues are repeatedly siphoned off for the benefit of deployed cadres and the ANC’s patronage machine. The illicit gain to the ruling party is equally immense, as this unchecked corruption gives the ANC a level of clandestine funding that no political rival can begin to match.

The sheer scale of the corruption explains why the Zondo Commission is likely to prove meaningless in practice, why few prosecutions for corruption will succeed, and why the ANC cannot in fact be salvaged by President Cyril Ramaphosa’s fictitious ‘new dawn’.

It also underscores why a ‘wild dog pack’ of opposition parties – many of which are already working together to govern hung municipalities – must steadfastly focus on bringing down the ANC ‘buffalo’ and its EFF ‘calf’ and ousting them from power in the 2024 election.

In the run-up to that election, the corruption-fuelled patronage machine that gives the ANC such an extraordinarily unfair advantage must also be curtailed. This can be done, in part at least, by bringing BEE procurement back within the relatively narrow bounds of what Section 217 of the Constitution allows.

Bringing BEE procurement back within the Constitution’s bounds

According to Section 217(1), all organs of state “contracting for goods or services … must do so in accordance with a system which is fair, equitable, transparent, competitive, and cost-effective”. This wording is peremptory in requiring cost-effectiveness and competitiveness.

Under Section 217(2), this peremptory obligation “does not prevent” organs of state from “implementing procurement policies” that “provide for categories of preference…and the advancement of [people] disadvantaged by unfair discrimination” (emphasis supplied).

‘Does not prevent’ is not peremptory. It is permissive, at most. In addition, preferences may be implemented only if they ‘advance’ the great majority of poor black people, not harm them in the way that corrupt BEE procurement inevitably does.

Maintaining cost-effectiveness under Section 217(1) is also more important than BEE preferencing and must always be the over-arching requirement. As Zondo Part 1 correctly concludes, “the primary national interest is best served when the government derives the maximum value-for-money in the procurement process” and “procurement officials should be so advised”. [para 532]

Next comes Section 217(3) of the Constitution, where the wording is again peremptory. If an organ of state chooses to apply preferences in its procurement policies, as set out in Section 217(2), then it “must” implement those policies “within a framework” laid down in “national legislation”.

The national legislation referred to in Section 217(3) is the Preferential Procurement Policy Framework Act (PPPFA) of 2000. This sets out a framework for preferential procurement under which tenders must generally go to the bidder with the highest points, as calculated under a points system.

Under the principle of subsidiarity, once legislation has been enacted to give effect to a constitutional provision, that statute provides the lens through which the constitutional obligation must be viewed.

In the preferential procurement context, the PPPFA (as the required ‘national legislation’) sets the parameters for the interpretation of Section 217(2). The PPPFA is thus binding on all organs of state that choose to provide BEE preferences and its provisions must prevail over all conflicting BEE procurement rules.

Since ANC cadres are unlikely to start enforcing Treasury and other rules that curtail corruption, ordinary citizens and their political parties should at least step into the breach with strategic litigation to cut BEE preferences down to PPPFA size.

Conflicting BEE procurement rules – whether in the BEE generic or sector codes or the pending Employment Equity Amendment Bill (EEB) of 2020 – should also be challenged and struck down.

In the procurement context, the EEB seeks to bar companies that fail to meet unrealistic racial targets (to be set by the minister of employment and labour for all job appointments in different sectors) from doing business with the state at all. This is contrary to the PPPFA, under which all tenders must be taken into account and weighed according to its BEE points system. Instead, the EEB seeks to impose “pre-qualification criteria” that are inconsistent with the PPPFA and have already (albeit in a different context) been struck down by the Constitutional Court as ultra vires the PPPFA.

The Zondo Commission is in many ways a distraction being used by the ANC to create the impression that “something is being done” about corruption. Its report does, however, help drive home what is at stake.

In roughly two years’ time (some 730 days from now), the country has its best chance to date of ousting the ANC and its EFF offshoot. Between now and then, the ANC will use all the tricks in the book to fuel its patronage machine and gain unfair advantage over its political rivals.

In this key period, Section 217 of the Constitution should at the very least be used to limit the abuse of BEE preferences, help ensure the honest use of tax revenues for the benefit of all – and prevent the political playing field from being still further skewed.