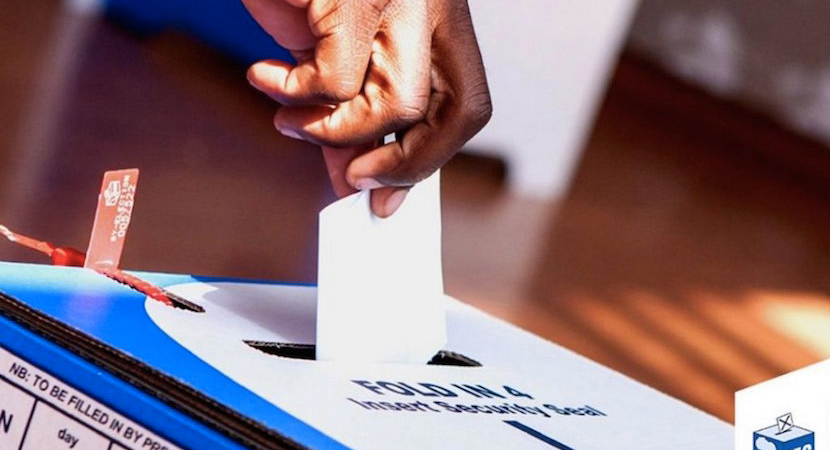 CAPE TOWN — Time will tell who’ll be proved right; the ANC’s economic policy pundits or the opposition parties now feeding off the ANC-led recession and the harsh post-Ramaphoria economic realities. While the ANC economic fundis concede that no party likes going into an election during a recession, their biggest rebuttal of the opposition party’s new campaign opportunity is that South Africans will vote according to historical allegiances and that their party provides a welfare lifeline to 17 million people who won’t be so badly impacted by the slump as the privileged classes. Yet the ruling party will find it harder to dismiss as mere coincidence the economic downturn coming at the very time they’ve backed changing the constitution to enable seizure of land without compensation and tried to nationalise the Reserve Bank. It may prove the most ideological of all South Africa’s elections as voters ponder the dubious wonders of equivalent command-economy, socialist countries. – Chris Bateman

(Bloomberg) – South Africa’s surprise recession provides an opening for opposition parties heading into next year’s elections against the ruling African National Congress. The question is whether they can capitalise on it.

News of the economic slump on Tuesday marked the first real setback for the ANC in months. Since appointing Cyril Ramaphosa as president in February, surveys showed the party making headway in winning back support lost during the scandal-marred rule of his predecessor, Jacob Zuma. Its task was aided by fights within the main opposition Democratic Alliance and cracks in an informal alliance that party formed with the Economic Freedom Fighters to win control of several cities in a 2016 municipal vote.

The opposition needs to shift public attention to the economy and a 27 percent unemployment rate and away from their own bickering well before the next national election, according to Daryl Glaser, a political science professor at the University of the Witwatersrand in Johannesburg.

“What you are really going to have is a scramble to attribute blame for the recession,” Glaser said by phone. “The ANC is going to argue that this is the legacy of Zuma’s rule and it’s being addressed. The opposition will be saying that Ramaphosa is incapable of turning the situation around.”

Ramaphosa’s targets of 3 percent growth this year and $100 billion in new investment over the next five years are looking increasingly unattainable.

The economy shrank an annualised 2.6 percent in the first quarter and 0.7 percent in the second, and business confidence has slipped to levels last seen when Zuma was in power. That’s largely thanks to the ANC’s decision to back changes to the constitution to make it easier to seize land without compensation to help redress skewed ownership patterns, and an escalating global trade war that’s soured sentiment toward emerging markets.

DA leader Mmusi Maimane fired a first salvo on Tuesday, describing the recession as “an explicit vote of no confidence in the ANC government, its economic policy direction and its ability to create jobs and prosperity for all South Africans.”

“There has been no fundamental change to the ANC’s approach to the economy,” Maimane said. “Corruption, policy incoherence, crumbling state-owned entities, lack of investment, and unstable governance continues to produce economic instability and rising unemployment. We cannot continue down the same path any longer.”

The EFF, the third biggest party led by former ANC youth wing leader Julius Malema, also blamed the slump on the ANC, saying it “allowed the economy to degenerate in the hands of a greedy private sector” that’s failed to create jobs or ease poverty.

“South Africa is no better under the Ramaphosa-led ANC than it was under the Zuma-led ANC,” the party said by email, criticising “the idea that you can grow the economy because you feel good about the person occupying the presidency.”

The ANC is still widely credited with leading the fight against apartheid and has won an absolute majority in every election since it took power in the first multiracial ballot in 1994. But its support slipped to a record low of 54.5 percent in the 2016 municipal vote mainly due to disgruntlement with Zuma’s rule. The DA won 27 percent support and the EFF 8 percent.

Yet the economic slump may have a limited effect on poorer voters, with about 17 million people benefiting from a welfare program instituted by the ANC government.

Finance Minister Nhlanhla Nene told Bloomberg TV on Wednesday that the government is putting the finishing touches on a package of structural reforms and stimulus that it will announce in the midterm budget on Oct. 24. They will include a long-awaited announcement on the allocation of spectrum to mobile-phone operators, he said.

Enoch Godongwana, the ANC’s head of economic policy, conceded that the recession reflects badly on the ruling party and said it’s calling for urgent action to revive growth.

“There’s demonstrable evidence across the world that there’s a correlation between electoral support and economic growth,” he told reporters in Johannesburg. “No party would be happy going into an election in a recession.”

Glaser said that while the downturn is a “politically significant” event, it’s unclear whether it will have an impact on the vote.

“It’s not straight forward,” he said. “Politics here is so shaped by people’s historical allegiances.”