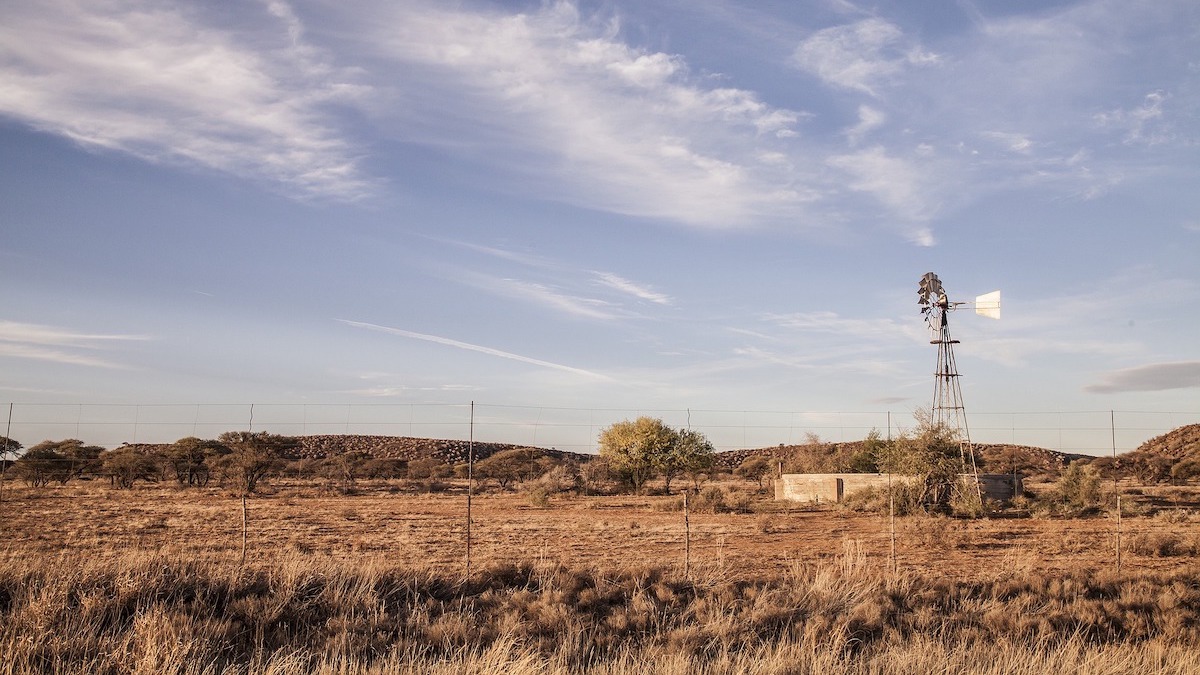 The Expropriation Bill poses an enormous threat to the country’s economy and the well-being of all South Africans, writes Dr Anthea Jeffery on the Daily Friend. She says the danger lies in the notion of “custodianship” – in terms of which a municipality that takes custodianship of homes, factories, or farms will not be obliged to pay any compensation at all. This distinction seems bizarre, but it rests on the view that a custodial taking does not satisfy the Bill’s definition of ‘expropriation’, while the Constitution requires compensation only where expropriation has occurred. The ANC sees ‘state custodianship’ as important to the land reform process – and once the Expropriation Bill is on the Statute Book, there will be little to stop the ANC from enacting another ordinary statute that vests, say, all agricultural land in the custodianship of the state. This would greatly advance the socialist objectives of the National Democratic Revolution to which the ANC and its communist allies have long been committed. No compensation would be payable because the state’s assumption of custodianship would be a mere ‘deprivation’, not qualifying as an expropriation. A mass taking of custodianship could have devastating consequences for the country’s 11.5 million homeowners, some 9.6 million of whom are black. All these individuals could have their ownership rights replaced by 25-year ‘land-use licences’ – to be granted or terminated as deployed cadres think fit. – Sandra Laurence

The ‘custodianship’ risk in the Expropriation Bill

By this time next week, the Expropriation Bill of 2020 (the Bill) may already have been adopted by the portfolio committee on public works and infrastructure and sent on to the National Assembly for its endorsement.

This will bring the measure significantly closer to being enacted into law. Yet most commentators persist in ignoring the Bill’s enormous threat to the country’s economy and the well-being of all South Africans.

The threat of custodial takings is particularly acute. Many people may think that this risk disappeared when the Draft Constitution Eighteenth Amendment Bill (the Section 25 Amendment Bill) – which would have authorised the state to take custodianship of ‘certain’ land – was defeated in December 2021.

This measure failed because the ANC was unable to muster the two-thirds majority required for all changes to the Bill of Rights. However, the custodianship threat has been kept alive via the Expropriation Bill, which is an ordinary statute needing only a 51% majority.

The custodianship threat is not immediately obvious, as the Expropriation Bill contains no reference to this term. However, the key words are to be found in the Bill’s narrow definition of ‘expropriation’.

According to the Bill, ‘expropriation’ means the ‘compulsory acquisition’ of property by an ‘expropriating authority’, such as a municipality. This wording looks harmless enough, but the underlying intent is anything but – and the practical ramifications are potentially enormous.

Under the Bill’s definition, a municipality that takes ownership of homes, factories, or farms will have expropriated these properties and must in principle pay ‘just and equitable’ compensation for them – even though that compensation may in practice be set at ‘nil’ where the Bill so allows.

By contrast, a municipality that takes custodianship of homes, factories, or farms will not be obliged to pay any compensation at all. This distinction seems bizarre, but it rests on the view that a custodial taking does not satisfy the Bill’s definition of ‘expropriation’, while the Constitution requires compensation only where expropriation has occurred.

The underlying explanation lies in a flawed judgment of the Constitutional Court in the Agri SA case in 2013. Here, the majority ruling distinguished between the compulsory acquisition of ownership – which it (wrongly) identified as the hallmark of expropriation – and the mere ‘assumption of custodianship’. The latter clearly involved a ‘deprivation’ of property at state hands, but it did not qualify as an expropriation and so did not merit the payment of compensation, said the majority.

This ruling was doubtless music to the ears of the ANC, which had already vested all water and mineral resources in the custodianship of the state – and wanted to do the same for land as well.

The very next year (2014), the ANC published a bill which would have vested all agricultural land in the custodianship of the Department of Agriculture, Forestry, and Fisheries (DAFF). Though this bill was in time withdrawn, the Section 25 Amendment Bill tabled in mid-2021 brought back the custodianship idea and proposed to include it in the Constitution.

Soon, however, the ANC seemed to realise that it need not risk condemnation by overtly amending the Constitution in this way when it could quietly achieve the custodianship goal via the Expropriation Bill.

Once the Expropriation Bill is on the Statute Book, there will be little to stop the ANC from enacting another ordinary statute that vests, say, all agricultural land in the custodianship of the state (as the 2014 bill proposed).

Alternatively, a new statute could give the state custodianship over all privately-owned land, for example. This would greatly advance the socialist objectives of the National Democratic Revolution (NDR) to which the ANC and its communist allies have long been committed.

In either instance, no compensation would be payable because the state’s assumption of custodianship would be a mere ‘deprivation’ not qualifying as an expropriation under the definition contained in the Expropriation Bill.

ANC criticism and endorsement of custodianship

Some commentators may believe this risk has been much reduced by the ANC’s strong criticism of custodianship in December 2021 – when the ruling party seemed to fall out with the Economic Freedom Fighters (EFF) on the extent of the land to be vested in the state’s custodianship under the Section 25 Amendment Bill.

The EFF wanted this bill to state that ‘all’ land would vest in the custodianship of the state. The ANC preferred to limit state custodianship to ‘certain’ land, even though this (uncertain) concept could be interpreted widely enough to eliminate any real difference between the EFF and ANC positions.

During the National Assembly debate on the Section 25 Amendment Bill, justice and correctional services minister Ronald Lamola went on to castigate the custodianship concept. Black people who had bought land for themselves ‘through the fruits of their labour’ would be deprived of their ownership under the EFF’s model, he cautioned: ‘With a stroke of a pen, people in townships like Soweto, Atteridgeville, KwaMashu, Likazi, Seshego, to name a few, would wake up being tenants of the state. They would have to lease their land like they did under apartheid, thereby being rendered perpetual minors of the state’.

All of which suggested that the ANC had changed its stance on custodianship and would no longer pursue it. Yet the day before Mr Lamola’s speech, which was given major coverage, the ANC’s parliamentary caucus issued a communique which painted a different picture and was generally ignored.

According to this communique, the ANC saw ‘state custodianship’ as important to the land reform process. It added: ‘The state as intermediary, or custodian, will hold land acquired…through the instruments of deprivation and expropriation… The land may be held in custodianship in perpetuity or released to beneficiaries in the future.’

This suggests that Mr Lamola’s reassurances were simply an example of the ‘dexterity in tact’ the ANC has long seen as necessary to lull people into a false sense of security, even as the ruling party uses ‘firmness in principle’ to push ahead with its NDR interventions.

He added: ‘The implementation of this resolution will continue despite the refusal of other parties in Parliament to support the proposed amendment of section 25 of the Constitution’. The EWC goal will now, however, be achieved by ‘finalising legislation such as the Expropriation Bill… and a range of other instruments’.

Opening the ANC’s 6th policy conference in July 2022, the president again endorsed EWC, saying: ‘Despite the setback to our efforts to amend Section 25 of the Constitution, we will continue to pursue all available options, including through legislation like the Expropriation Bill, to implement the resolution of our 54th National Conference on land redistribution without compensation’.

The ANC’s EWC aims are thus centred around the Expropriation Bill, supplemented by whatever other legislation might be needed.

Most people seem to assume that the EWC provisions in this Bill are limited to its vague clauses on ‘nil’ compensation on land expropriation. The greater risk, however, is that the definition of expropriation in the Bill will be used as the foundation for a host of uncompensated custodial takings.

The EFF clearly regards custodianship as the only effective way to speed up land redistribution, as ‘piece by piece repossession’ will take much too long. It also likes the custodianship idea because all title deeds will then be ‘meaningless’, as EFF leader Julius Malema has said.

Yet a mass taking of custodianship could have devastating consequences for the country’s 11.5 million homeowners, some 9.6 million of whom are black. All these individuals could have their ownership rights replaced by 25-year ‘land-use licences’ – to be granted or terminated as deployed cadres think fit.

All custodial takings will be uncompensated too, which is what the narrow definition of ‘expropriation’ in the Bill is intended to ensure. Yet people with mortgage loans over their homes or other land will still be expected to pay off those loans, despite the loss of their properties. Their land-use licences will doubtless also require them to pay rent to the state, adding to injustice and financial woes.

Legal and other obstacles

However, both the ANC and the EFF ignore a significant legal obstacle to their plans. If the state takes custodianship of all privately-owned land, this taking will extend from the land itself to the fixed improvements which accede to it. These improvements could include up to 11.5 million houses, along with many shopping centres, office blocks, factories, processing plants, and the like.

Yet these improvements are not natural resources. Nor are they similar to the untouched (or unsevered) mineral resources beneath the ground which the state has taken into its custodianship under the Mineral and Petroleum Resources Development Act (MPRDA) of 2002.

These improvements also differ from the untapped natural reserves of water in rivers and aquifers that have been vested in the ‘trusteeship’ (effectively, the custodianship) of the state under the National Water Act of 1998.

Houses, shopping centres, and other fixed improvements are fundamentally different because all will have been created through the funding, enterprise, energy, and hard work of current or previous owners.

The Agri SA judgment the ANC plans to invoke to justify uncompensated custodial takings provides at best a flawed and fragile foundation for the taking of land alone. It cannot justify the uncompensated confiscation of fixed improvements created through human agency and effort.

Also relevant is the magnitude of the economic damage sure to arise from EWC. As the Banking Association of South Africa has emphasised, ‘the market value of land-based property in South Africa is estimated at R7 trillion’. If even a small portion of this property is subjected to EWC, property values will drop (often to amounts below outstanding mortgage loans) and a major banking crisis is likely to ensue.

The economic fall-out will be rapid and widespread. As Craig Richardson, associate professor of economics at Salem College (in Winston-Salem, North Carolina) and author of a book on Zimbabwe’s collapse, has written: ‘The lesson [from Zimbabwe] is that well-protected property rights are crucial for economic growth and serve as the market economy’s lynch pin. Once those rights are damaged or removed, economies are prone to collapse with surprising and devastating speed.’

All of which makes it all the more extraordinary that so few commentators are blowing the whistle on the definition of ‘expropriation’ in the Bill soon to be endorsed by the portfolio committee – or on the risk that this definition will be used to usher in uncompensated custodial takings on a major scale.