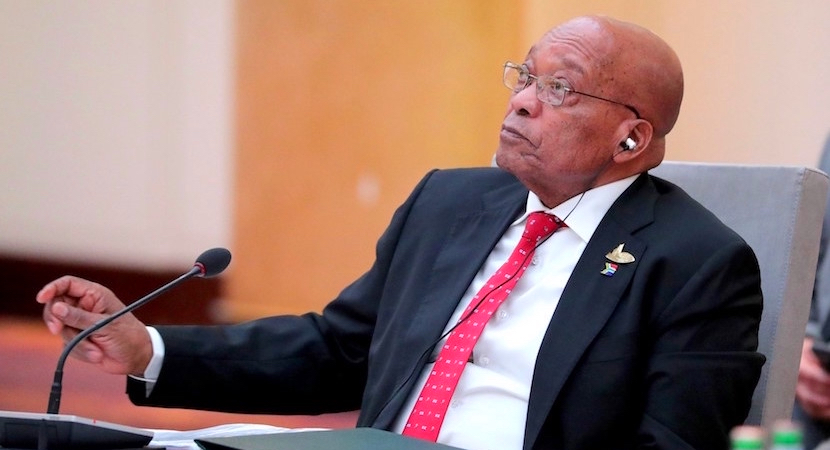 JOHANNESBURG — It’s probably the best news of the year so far and the clearest indication yet that pressure is finally building on President Jacob Zuma to vacate office. The announcement by the Speaker of Parliament, Baleka Mbete, that the State of the Nation Address (SONA) will be postponed is a clear sign that moves are afoot to ensure that Zuma will never deliver SONA again. There’s a key ANC NEC vote on Wednesday that could see him being instructed to step down. SONA has become a verbose, expensive waste of time in South Africa in recent years. Perhaps with a new leader at the helm, we can start a culture of making SONA more low-key and focused more on what is said, rather than what people are wearing (or even having brawls over)… – Gareth van Zyl

(Bloomberg) – South Africa’s parliament agreed to delay President Jacob Zuma’s state-of-the-nation speech scheduled for Thursday with the ruling party to debate whether to push him to step down.

The annual speech will probably happen in the next week, National Council of Provinces Chairwoman Thandi Modise told reporters in Cape Town. The postponement was due to concerns about protests within the chamber after opposition parties warned against allowing Zuma to address lawmakers.

The African National Congress’s top decision-making committee will meet Wednesday to discuss a proposal to remove Zuma as head of state, six weeks after Cyril Ramaphosa was elected as leader of the party. Zuma, 75, took power in May 2009 and has clung to office through a series of scandals and numerous attempts by the opposition to force him to step down.

The delay of #SONA2018 shows the importance of opposition pressure. In years gone by, the ANC would have steamrolled through. Now it can’t. That’s why we need a competitive parliament, whoever wins in 2019. Never again should one party ride roughshod over the people.

The State of the Nation Address (SONA) is an important occasion in the national political programme of Parliament.

We have been dismayed in the past four years at the disruption, anarchy and chaos that have been characteristic of this annual Joint Sitting which, in some way, marks the opening of Parliament.

Reporting through Parliament on the State of the Nation is a critical accountability action by the Executive and it must happen. Developments this year, particularly the calls for disruption and/or postponement of the Joint Sitting, have, therefore, caused us great concern.

We have, regrettably, come to the conclusion that there is little likelihood of an uneventful Joint Sitting of Parliament this coming Thursday.

Neither the ANC nor Ramaphosa deserve credit for the postponement of the SONA. Their inability to deal with Zuma timeously got us to this undesirable postponement of an important parliamentary event. Kudos instead to the opposition for forcing the ANC into an existential crisis.

With this in mind, we decided to approach the President of the Republic to propose that we postpone the Joint Sitting in order to create room for establishing a much more conducive political atmosphere in Parliament. When we met the President, we then learnt that he was already writing to Parliament to ask for the postponement of SONA.

This postponement has taken into account the scheduled tabling of the national budget in the next two weeks.

We wish to assure fellow South Africans and everyone affected by this decision that these actions are being taken in the best interests of Parliament and the country.

A new date for the State of the Nation Address will be announced soon.