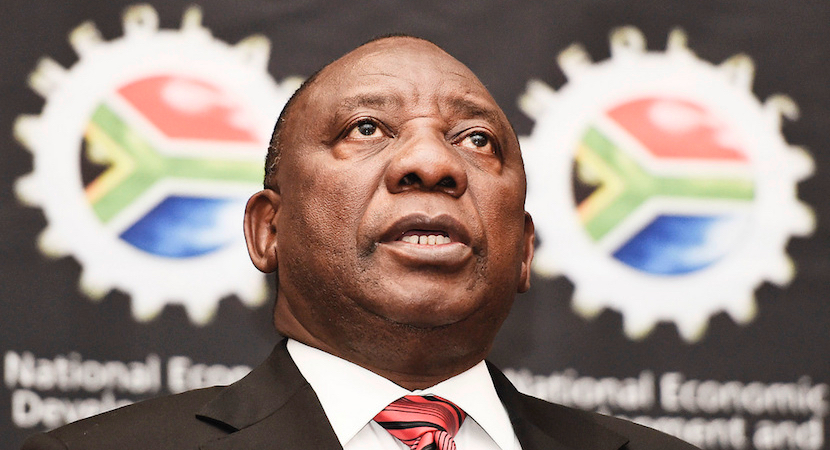 ”I wanna be there, I wanna lend a hand”

It is not the best strategy on paper that wins, but it is always the strategy that gets implemented that walks away with the prize of success. One of the biggest challenges in ‘building the South Africa we all want’ may not lay in strategy, but in the ability to execute. It is so easy to fall into the trap of trying to devise and implement a strategy and then fail because the enabling foundation is not in place. The gap between strategy and execution is mostly found in the character of the team that is tasked to implement it. Character determines the levels of trust, trust unlocks resources and produces unity; and the unified application of resources is the force that drives the engine of delivery forward to achieve an inclusive desired future. Without character, it is impossible to build trust, without trust it is impossible to build credibility and confidence, without credibility and confidence it is impossible to achieve unity and mobilise the resources (people, institutions, funding, etc) required to successfully and sustainably turnaround a business, organisation or in this case a nation.

Building the enabling foundation on 10 pillars of character

If character is such a major prerequisite to the success of the ‘building the South Africa we all want’ project, then it warrants some level of attention and in fact should be perhaps considered as the primary input into the project. The mention of the establishment of a ‘Social Compact’ in the SONA speech could be the key to this enabling foundation as long as it is based upon a relational agreement that precedes the transactional components. An unhealthy relational environment will always straggle even the best strategy to death. Repeatedly we see that teams and organisations that invest in establishing social/relational agreements will always outperform those that don’t. It is amazing to see how success in the delivery of strategy is exponentially accelerated when a team agree to be individually and collectively held accountable to a relational value system based on (a) Humility, (b) Vulnerability, (c) Honesty (d) Integrity (e) Respect, (f) Dignity, (g) Service, (h) Excellence, (i) Quality and (j) Love.

What if a national ‘Relational agreement’ where to be put together as part of the Social Compact and every South African would commit to it and agree to be held accountable to the 10 pillars of character? What if every South African would be willing to sign such a relational agreement with every other South African? Could this turn out to be the biggest act of national unity ever experienced by a nation and a catalyst to get Madiba’s vision of a Rainbow Nation accelerated forward into reality? A big dream indeed, but achievable if we all answer the call ‘here I am, send me, I wanna be there, I wanna lend a hand…..’ It is Madiba who said, ‘It always seems impossible until it’s done’.

The collective human behaviour of the nation

What these pillars of character do is put in place a common platform of behaviour that all people irrespective of race, culture, tribe, gender, language, political party affiliation, etc can agree on.  When these pillars are in place it creates the environment where we can still disagree on the ‘what and how things need to be done’ but never compromise on the human behavioural culture we want as a nation. It gives us a relational platform from which we can address the ‘elephants in the room’ (land, inequality, poverty, jobs, etc) that always bring up so much emotional energy and lead to an outpouring of divisive anger.

For South Africa to reach its desired future, ‘the elephants in the room’ will have to be addressed and solutions found. Solutions that all people (irrespective of race, political affiliation, etc) will sacrificially embrace so that the collective agenda of the nation is achieved instead the agendas of persons, political parties and or exclusive groupings. Without having a relational agreement that holds us accountable to how we treat each other (even when we disagree) and how we behave (as per the 10 pillars of character), our emotional anger will overrule our ability to think together and come up with solutions that will serve the interests of every South African.

The ‘build SA project’ requires resources, and resources flow to areas where there is less risk. Less risk is a function of credibility and confidence. Credibility and confidence flow from trust, and trust is a function of human behaviour. The collective character we choose starting with the President, all the way to every citizen is what will get us closer to the goal of reversing the global rating downgrades, stimulating foreign direct investment, and releasing the locked-up capital (human, financial, etc) that is already in the country so that all this can be poured into the building process.

An investment in the moral character of the nation is so critical that it should not be left to chance, it must be an intentional part of the plan.

It is all very possible, and it can turnaround very quickly…