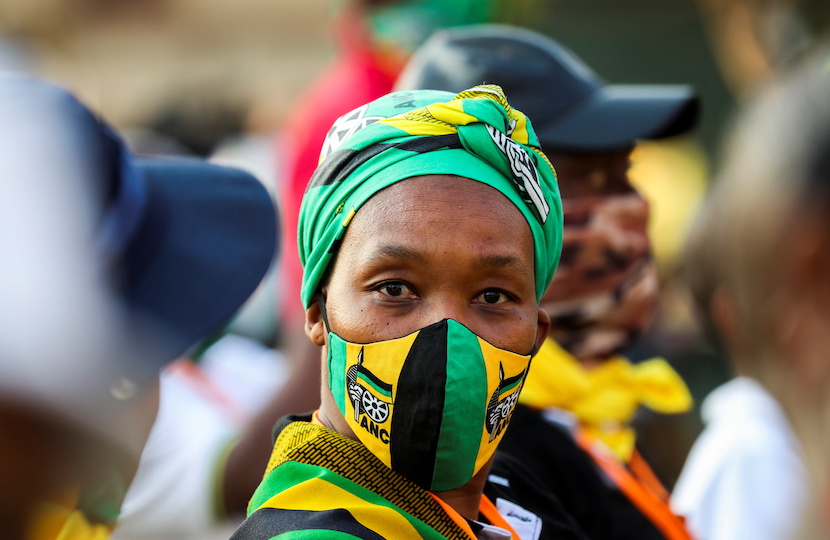 There are just a few days left before South Africans go to the polls in the country’s hotly contested local government elections. With almost half of people indicating in an Ipsos poll that their local authority does not work for them, it could make for a very interesting change of the political landscape in South Africa if the African National Congress loses chunks of voters in the metros and support falls below the crucial 50%. And it is not only service delivery and widespread corruption that could have an impact on who voters decide to opt for; apathy could also be a problem. Alec Hogg spoke to veteran broadcaster Tim Modise – who has observed many elections and recently interviewed mayoral candidates – to get his take on where the vote is going. It looks like the leaders of smaller parties could turn out to be kingmakers, while prospects are not looking too rosy for the ANC. – Linda van Tilburg

Tim Modise on issues that differ from region to region:

I think it’s going to be very different because it’s issue-driven this time around and the issues are different from one place to the other. The issues of Gauteng would be different from, let’s say, the municipalities in the North West or in the Eastern Cape. The messaging of the different political parties, the major ones have had to change from one place to the other. The contest is focusing on the metros in Gauteng. For instance, in Johannesburg, the electricity issue in Soweto is going to be a major factor. And I think many voters are going to be thinking about that, having that in mind when they go to vote, which means typically the ANC supporters based in a place like Soweto are very unhappy with the way they’ve been treated by the government and the lack of supply of electricity. So, they are likely to move to the opposition parties.

On ActionSA likely benefiting from problems in Johannesburg and Pretoria:

ActionSA is going to benefit from the problems of electricity in Joburg in particular; and then in Pretoria, there is a problem of water. Again, the beneficiary is going to be ActionSA, even though the profile of the candidate is not the same as that of Herman Mashaba here in Johannesburg and, of course, in Joburg. There’s a lot of media, so we get to know more about politicians and the high-profile people. In Tshwane, the profiling of politicians is [lower] than in Joburg. The ANC and EFF, for instance, have not fielded any mayoral candidates nor mentioned who they are putting up as their candidates, whereas the DA and ActionSA may benefit from the fact that people have got a sense of who they will be voting for as mayor. So I think that will count in their favour.

The profile of Herman Mashaba in Johannesburg is very helpful to him because people have had the experience of living in the city under his mayorship… They liked him when he was here, and he is raising the kinds of issues that resonate with the public, with the community of Johannesburg. As much as he’s a politician, he is talking [about] the stuff that people experience on a daily basis. He comes across as their own person. You know, the person who understands what the city needs and what needs to happen here in Joburg. So, he goes into these elections with that advantage.

On the DA being hampered by ideology, KZN poster, ‘white’ and ‘kicking out strong black leaders’:

I would suggest the challenge of the DA is that they’ve not really worked hard enough in the black community to win more votes there. [They] should not necessarily be dismissive of the criticisms that come from the community. And I suppose the internal debates, deliberations on the liberal stance on advancing a liberal cause and ideology of liberalism, I don’t [believe] is relevant in the South African context. People are looking for what one may call practical politics, pragmatic stuff that people are more interested in; who’s going to make things work, not what kind of ideology you follow. I don’t think that’s what matters in the communities anymore.

I think the DA candidate in [Johannesburg] made a strong case. And again, messaging wise, you know, she was very articulate, very clear about what they wanted to do as the DA in Joburg. But the DA has been harmed or affected by the other issues in KZN. For instance, the posters they put up there and the impression people have is that it’s still a predominantly white party that has a propensity to get rid of strong black people who are in leadership positions.

That does not sit well with a lot of people. I’ve had people comment saying she [Mpho Phalatse] may be a great candidate, but how long is she going to last within the organisation. That’s sort of the downside for the DA. In terms of the ANC, he’s the current mayor, Mpho Moerane. But he’s not necessarily their candidate, you see. So, he’s in a holding position and therefore could only talk about what the ANC is doing currently and intends doing in the future. But the question that people would ask is: why in the future, if they’ve been in charge all along until right now…

On the ANC’s reliance on Ramaphosa as the face of the local government elections:

If they put up candidates not only in Joburg or in Tshwane but everywhere else as mayoral candidates, that would lead to very fractious kind of tensions within the local branches of the ANC. So, the one unifying figure of the organisation currently is the president.

On independents as kingmakers:

I think the position of Mmusi Maimane is that some of the candidates who aren’t standing as independents under the One South Africa Movement is that of kingmaker. I think their strategy is to cut a deal with, either the ActionSA or the DA crowd, more than with the ANC or EFF crowd. My sense is that people are beginning to see the ANC and EFF of more or less one thing. It’s the different tendencies of the same politics. The attitude from DA and ActionSA, including the independents, is that they would not necessarily want to work with either of the two, meaning ANC or EFF.

On the coalitions as the most likely outcome in Johannesburg:

I doubt very much that there’s any party in Joburg that’s going to get more than 50%. Yeah, I doubt it. I think it’s likely to be maybe the ANC getting 30 something, 40% thereabouts – and the rest being shared by the other parties; with the DA and ActionSA most likely getting more than 50% together.

There is also a strong chance that the EFF may win votes away from the ANC, but given the previous history that Herman Mashaba has had with the EFF, he might even form a coalition with them actually.

On the ANC likely being in for a hiding, especially in Gauteng:

[It’s] very, very likely. Again, in Gauteng, if we go back to the national elections, I think the population here voted; 50% point something went to the ANC. [This meant] 49% of voters voted for all other parties except the ANC, so it got about 50%. With what has transpired since then, a substantial portion, definitely the majority of votes in Gauteng are not going to go to the ANC.

I think we’re going to see a coalition government in Joburg – probably not made up of the ANC – and we might see the same in Tshwane where the ANC may form a coalition government. If the EFF wins a substantial number of votes, they might form a coalition between ANC and EFF there. And I notice that the DA has been working extra hard on the ground in Gqeberha. Looks like that’s one metro that they really want to win outright. Helen Zille has already said that but I’m not sure what the politics are on the ground for the other parties in that part of the country. And, of course, you know, Cape Town will probably remain DA and the ANC will still manage to keep eThekwini, Durban.