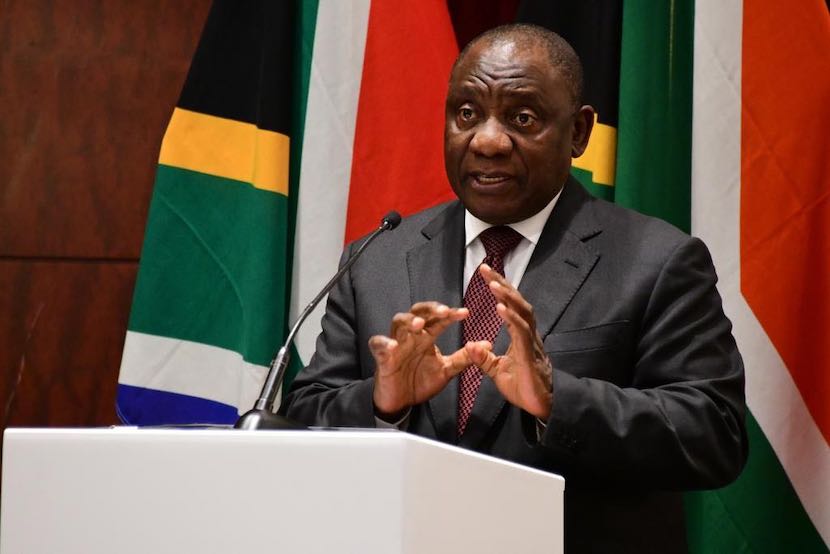 The problem when there’s too much on one’s plate is where do you start? And if one looks at Cyril Ramaphosa’s to-do list, from rising unemployment to gender-based violence, it’s difficult to prioritise. Stanlib economist Kevin Lings, pulls out the key economic touch points South Africa faces in the next ten weeks. From credit ratings, to the medium term budget, to interest rate decisions, each outcome will in some form or other, shape the country’s future. A must read for any South African with a vested interest in the country’s future. – Stuart Lowman

In the second quarter of 2019 the South African economy grew by an encouraging 3.1% quarter-on-quarter, albeit off an especially low base given the sharp decline in GDP growth during the first quarter of the year.

Despite this improved performance, the South African economy is still expected to grow by only around 0.6% in 2019, and appears unable to gain significant momentum given the weak level of business confidence, slowing household income, and the increased fiscal constraints within the public sector.

Fortunately, there appears to be a clear intention on the part of President Ramaphosa’s new administration to lift economic growth and employment. The most encouraging reflection of this intention is National Treasury’s recently released economic policy paper. The document essentially sets out a roadmap of key reforms and policy priorities necessary for South Africa to achieve 3 broad outcome goals, namely; inclusive growth, economic transformation and increased competitiveness. However, it remains unclear to what extent these policy suggestions are supported by the leadership within government.

During the next 10 weeks we should learn a lot more about the government’s policy agenda as well as the outlook for the South African economy over the next couple of years.

During September 2019, the Minister of Public Enterprises, Pravin Gordhan in conjunction with Eskom’s Chief Restructuring Officer is expected to announce key details regarding the planned restructuring of Eskom. This is expected to include the envisaged long-term financial arrangement between Eskom and the Government, the plans to finance and complete the Medupi and Kusile power stations, proposals for the development of additional power supply, including the role of independent power producers and measures to improve the efficiency and consistency of power supply from Eskom’s existing power stations.

Integral to any announcement regarding the restructuring of Eskom will be the appointment of a new Chief Executive Officer (CEO) to replace Jabu Mabuza, who is the acting CEO. The interview process for the role of CEO is already underway, and it is expected that the appointment will be announced by the end of September, or early in October. We hope that the successful candidate will have significant engineering experience in the energy sectors rather than a pure financial background. There are more than enough financial skills available within government to adequately resolve Eskom’s financial difficulties, but without appropriate engineering skills guiding Eskom’s turnaround, it will be very difficult for the utility to meet the electricity needs of the country.

Presumably, the government’s ideas regarding their intention to restructure Eskom will also be shared with Moody’s ahead of their credit rating review, which is currently scheduled to be released on 1 November 2019. The government’s ability to manage the financial and operational difficulties at Eskom, as well as other SOEs, is critical if the country wishes to maintain its Investment Grade international credit rating by Moody’s (see discussion below).

The decisions regarding the restructuring of Eskom should feed into the Medium Term Budget Policy Statement (MTBPS) that is scheduled to be delivered by the Minister of Finance, Tito Mboweni on 23 October 2019. The MTBPS is going to be especially challenging for National Treasury as they need to address a number of critical issues. Firstly, the Minister of Finance is expected to demonstrate that government is willing to significantly curtail expenditure over the next 3 years given the recent surge in public sector debt as well as the looming revenue shortfall. Furthermore, the Minister will have to articulate the extent of the current tax revenue shortfall, which is currently estimated at around R50bn, as well as explain how government intends to improve tax collection as well as fund the current shortfall. A few weeks ago National Treasury increased their weekly bond issuance by R1.5bn to around R5.5bn in order to provide the additional funding required by Eskom.

It would also be extremely helpful if the Minister of Finance was able to clarify a number of key policy issues. For example, to what extent will government be looking to implement National Treasury’s recently released policy document (see discussion above), how much will the introduction of National Health Insurance (NHI) cost the state and how will the NHI be funded. Other key focus areas include government’s willingness to reallocate funds away from consumption expenditure into infrastructural investment, as well as government’s ability to further improve the efficiency of spending through the reduction of “irregular, fruitless and wasteful” expenditure. The inefficiency of government spending together with the ongoing lack of policy certainty has clearly undermined private sector investment, leading to lacklustre economic growth and employment.

Another area of focus over the coming weeks will be changes to South Africa’s industrial policy. In particular, the Minster of Trade and Industry, Ebrahim Patel, is expected to announce his ideas regarding the revitalisation of South African manufacturing, with the clothing, textiles and footwear industry at the top of the agenda. Understandably, there is a high degree of scepticism regarding a possible turnaround in South African manufacturing, especially the manufacture of clothing, given the sustained decline in productivity. The clothing manufacturing sector has experienced a structural decline in output over the past twenty five years, with production in the first half of 2019, 30% below the level of output in the first half of 1999.

It will be interesting to see if the Minister of Trade and Industry can start to introduce a range of practical measures to support South African manufacturing, including deregulation, skills development, and lower infrastructure/administrative costs (for example port charges).

The Reserve Bank will announce their next interest rate decision on 19 September, with the final MPC meeting for the year scheduled for 21 November. South African inflation has averaged a respectable 5.2% over the past five years, and 5.3% over the past 10 years. For 2019 we forecast that SA inflation will average around 4.3%, rising modestly to an average of 4.5% in 2020. The subdued core inflation rate, weak domestic economy and monetary stimulus from the Federal Reserve and other major central banks could entice the MPC to reduce rates by another 25bps before the end of 2020. This is despite recent Rand weakness and South Africa’s obvious vulnerability to its credit rating.

Towards the end of July 2019, Fitch Ratings announced that they had decided to leave South Africa’s international and domestic credit rating unchanged at BB+, which is one notch below investment grade, but had revised the outlook down from stable to negative. The decision was not especially surprising given recent economic and political developments. Fitch had downgraded South Africa to below investment grade on 7 April 2017.

Overall, it is hard to argue against the concerns raised by Fitch. South Africa’s economic growth remains desperately weak, while the fiscal parameters have continued to deteriorate including a looming large revenue shortfall as well as further funding needed to support the failing SOEs. It is also clear that Moody’s shares many of the same concerns highlighted by Fitch. At the Moody’s investment conference on 10 September, the lead analyst for Moody’s highlighted they still view the government as “reform-orientated” and believe there “is still a prospect of improvement”. From her perspective, the government has identified, and is focusing on, the “right” economic constraints. However, there is a question around government’s ability to implement reforms.

At this stage our base expectation is that Moody’s will keep South Africa on an investment grade credit rating later this year, but revise the outlook down from stable to negative. The South African fiscal authorities have a lot of work to do over the coming weeks if the country is to avoid such an outcome.

Lastly, President Ramaphosa will host the second Investment Summit on 5 to 7 November 2019 in Sandton. At last year’s Investment Summit, over $20bn of private sector investment commitments were made, as leaders from business, government, and the investment community strengthened relationships and explored ways to reignite growth in South Africa. The conference highlighted the importance of co-operation between government and the private sector, including the increased use of private-public partnership as a way to boost domestic economic activity.

Although the $20bn is considerably less than the five year target of $100bn set by the President in April 2018, it was an encouraging start. Understandably, some of this investment had been previously announced, while a portion represented ongoing investment projects. Nevertheless, it was encouraging to see numerous South African companies pledging to increase their investment spend. Some of the companies that announced fixed investment initiatives included Sappi, Mondi, Anglo American, Naspers, Bidvest, McDonalds, Aspen, Vodacom, Procter & Gamble and Nestle. In addition most of the large motor vehicle companies announced expansion plans, while SANRAL indicated that they were embarking on a new and fairly large road construction project.

At this year’s summit, government will be under pressure to explain why, despite the $20bn in investment undertakings, private sector fixed investment, as reported by the South African Reserve Bank, continues to languish. Hopefully the event organisers resist the temptation to “spin” the data in an attempt to convince observers that significant progress has been made. The event would gain significant credibility if there was an honest assessment of the factors holding back private investment, while at the same time providing a clear explanation on how this is likely to improve.

Overall, it seems fair to conclude that South Africa urgently needs to make progress in lifting confidence, economic activity, and employment. While government’s various statements of intent regarding the revitalisation of the economy are to be applauded, the success of the government’s growth and employment agenda will be determined by their ability to make progress in implementing real reforms that encourage the business sector. Closing the gap between South Africa’s current trend growth rate of less than 1% and a modest target of 3% on a sustained basis is going to require a significantly larger effort than is currently evident, including the co-ordination of economic policy across key government departments. Hopefully, the focus of the President and his new Cabinet can continue to shift away from ensuring a political revival in South Africa to encouraging an economic revival.