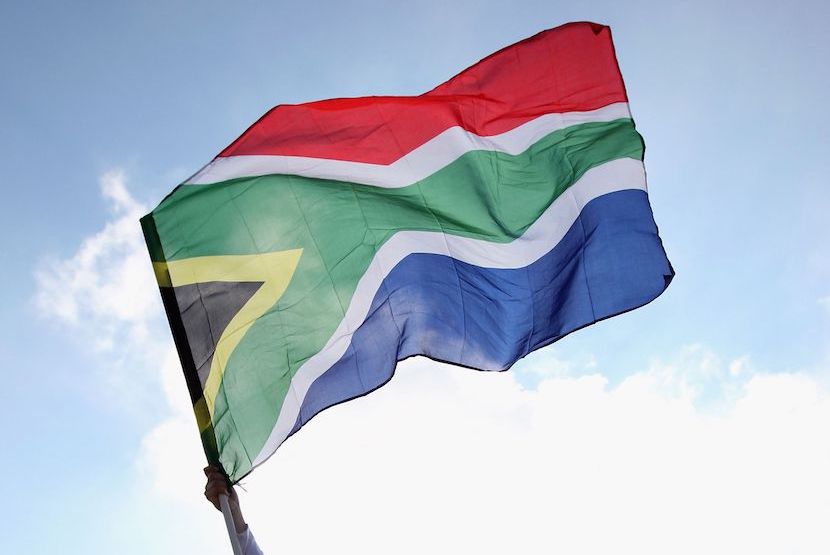 Just a month stands between us and 2022. The new year brings with it a raft of uncertainties for South Africa, a nation that has seen plenty of tribulations in the last two years. Covid-19 has harmed the economy, with myriad jobs and businesses lost forever. Government corruption and inept leadership – along with incessant load shedding – are but a few of the problems plaguing the country. Predicting what is to happen next year is an exercise in futility. As Jonathan Katzenellenbogen describes it, “Attempts at prediction often fall apart as soon as a big unforeseen event happens.” We’ve seen this with the advent of Omicron, the latest Covid-19 variant to be discovered. The long-suffering tourism industry, which was gearing up to receive a brace of enthusiastic tourists, had the rug pulled from beneath when SA was shunned by the international community. Below, the financial journalist touches on what the government should do in 2022 (in terms of Covid-19) and gives insightful commentary into unemployment and SA politics. This article first appeared on the Daily Friend. – Jarryd Neves

For South Africa in 2022 the overriding force in politics will be the continued decline of the ANC. The signs of demise are everywhere – achieving only 46 percent at the local polls, failing policies, run-down cities, and collapsing state-owned enterprises.

Attempts at prediction often fall apart as soon as a big unforeseen event happens. Pandemics, market crashes, banking crises, political crises, and natural disasters are mostly unanticipated and have big consequences. These are the Black Swan events that really matter, and by definition are unpredictable. One impact of such events is to accelerate existing trends.

Like many Black Swan events, the Covid-19 pandemic and the lockdowns have lasted far longer and have had a far bigger and wider impact than originally thought. Nearly two years of lockdowns, a gathering fourth wave and the Omicron variant mean immense disruption and heightened uncertainty. And with that, the national mood in many countries is unsettled and nervous. It is not clear what will come of this, but politics has been disrupted everywhere. It has made citizens more demanding, and everywhere politics is far more intense and fractious, making violence more likely.

All this makes governing a country a lot more difficult than it was during more certain times. It is a climate ripe for violent displays of mass frustration and looting. In 2022, governments everywhere will be very reluctant to resort to lockdowns. The economic costs and the dangers from public frustration are just far too high.

That is why in 2022, governments could make vaccines mandatory. In his ‘family talk’ on Sunday, President Cyril Ramaphosa said this is under consideration. There is now likely to be greater public support for compulsory vaccinations, and not allowing people who have not been jabbed to work in government and corporate jobs. With only 35.6 percent of the adult population fully vaccinated, South Africa has a very long way to go to even approach herd immunity. As elsewhere, making vaccinations compulsory is likely to encounter much public outrage and mass protests in South Africa.

Things are not looking up for next year as the world tries to make sense of what the Omicron variant may mean. Key will be whether existing vaccines can protect against the mutation. The Omicron threat has dashed hopes for a boost to our tourist numbers and a recovery for the hospitality industry over Christmas and New Year. Even a few weeks of disruption will dampen growth, at least in the first quarter.

Prior to the identification of Omicron, the Reserve Bank had already slightly cut its forecast for this year due to the July violence, and it is now certain that the fourth quarter will be subdued. The Reserve Bank’s growth projection, made pre-Omicron, is 5.3 percent for this year, 1.7 percent in 2022 and 1.8 percent in the following year. By comparison with other emerging markets this is low growth, and reflects the myriad of constraints due to power cuts and lack of reform.

And with subdued growth and rigid labour laws there is little hope for a decrease in our unemployment rate, the highest in the world. The expanded unemployment figure released yesterday by Statistics South Africa, which included those looking for work and those discouraged, was 46.6 percent.

A windfall from higher minerals prices gave the economy and tax revenue a boost this year. But prices of our important commodity exports such as rhodium, iron ore, coal, and platinum have dropped sharply in recent months.

And with global inflationary fears and expectations of interest rate rises by central banks, risk aversion toward emerging markets is rising.

As has been the case for many years, Eskom is the big drag on the economy and even with independent producers coming on stream, the problem of power cuts will not go away until there is much more additional capacity. Most of Eskom’s power stations, excluding the recent but not fully operating builds at Medupi and Kusile, are now around 40 years old. That means more and longer planned and unplanned power cuts. Despite promises, there is no credible plan to ensure a reliable power supply in the country. And, in any case, it would take at least a decade of good project management to bring on the power capacity we need.

With not much chance of a windfall this year, negligible growth and rising unemployment, demands will rise for expanding the welfare state. There is still an open question about whether the government will be able to maintain its budget stance of moderate consolidation in the face of rising demands from populists and some policy wonks for a universal basic income grant.

The temporary Covid Social Relief of Distress Grant, which allows people in desperate circumstances to obtain R350 a month, is due to expire in March next year. Should we be forced into another lockdown, it might be hard for the Minister not to make this grant permanent. Expanding the grant system to cover the unemployed when there is little job creation is also problematic. Rising protest could sway the arguments on welfare spending. But at some point something will have to give. Upward pressure on borrowing costs and at some point a default on government debt could be the breaking point.

As if to cap off the year by sealing the country in the class of failed economies, a bill making way for Expropriation without Compensation could pass through Parliament in coming weeks. Court challenges are bound to follow passage of the bill, but the sign saying ‘investors beware’ is already up.

As the ANC wanes it is increasingly likely to become more rigid and double down on its policies, rather than pause and reflect. The policy of localisation for the production of goods across a range of industries will push up costs and reduce international competitiveness. Last week the National Assembly passed the Employment Equity Amendment Bill, and once passed by the National Council of Provinces and signed by the President it will allow the Minister to set binding racial quotas in industries.

Adding to the sense of chaos and lack of direction next year will be the politics of minority governments and sorting out the new South African politics of coalitions. With the ANC falling below 50 percent at the local government polls last month, a new era of possibilities has opened. The smaller parties and the DA have not shown yet that they will form an anti-ANC and anti-EFF coalition. It is all becoming a lot more complicated.

Although the ANC gained nearly 34 percent of the vote in Johannesburg, the DA managed to get the Mayoral post with only 26 percent of the vote at the polls. And bizarrely the EFF voted for the DA in council to get the post. The red berets were intent on teaching the ANC a lesson. The prognosis has to be for instability and extreme difficulty in passing a municipal budget for the city.  And in another case where there might be no natural anti-ANC, anti-EFF coalition, the Inkatha Freedom Party has sent mixed messages about its willingness (or otherwise) to go into coalitions with the ANC.

All this points to what might be in the offing for national government after the 2024 election. There just might be no natural coalition to lead South Africa.

That makes things very messy. But even so, diminished ANC power will make things a lot better.