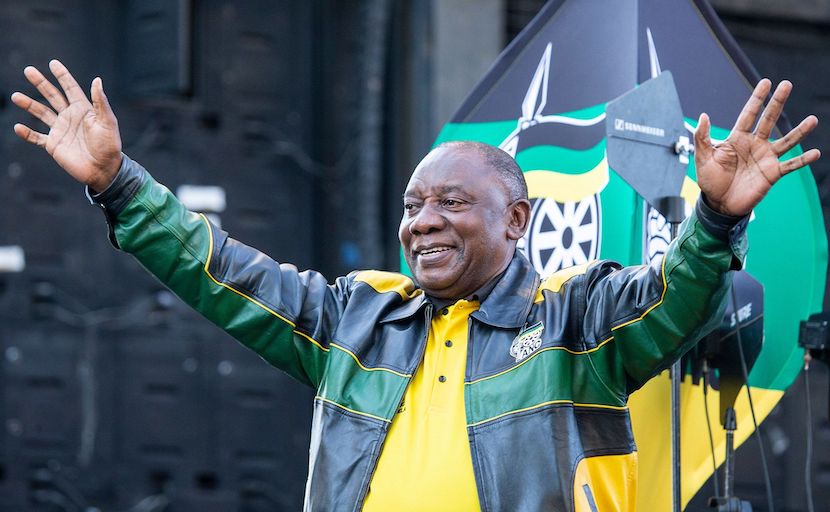 There’s not a hell of a lot of political and economic analysis that doesn’t evoke foreboding as we enter 2022. This is a happy exception, not just because it’s cogently argued, but because if offers real hope based on a reality that has the ANC quaking in its boots. Which is, and wait for it, (because it’ll take two hard, grinding years); a coalition of reformist parties will take over in 2024. The ruling party’s year-end elective conference promises to be an internecine bun fight of note, with either the despotic Zuma-leaning embedded faction or Ramaphosa’s embattled, so called ‘reformists” winning. Either way, the party will remain bogged down with no appetite for change. Joblessness and corruption will either worsen or flat line with a downward trend. Patience julle, nina nonke, thina sonke. Vasbyt, qinisela. Our democracy will work. Story courtesy of The Daily Friend. – Chris Bateman

Most Daily Friend readers will have just finished their Christmas breaks, enjoying time with friends and family, taking life easy for a couple of weeks and recharging their batteries before getting back to the daily grind in January. Jolly good for you, and I hope you had a good break (like we did) and wish you a successful 2022.

Such a state of dependency is unhealthy. It limits your prospects and your ability to make choices about your life. It places you at the mercy of third parties and at risk of losing their support. It creates anxiety and frustration, restricts your ability to make the most of your life, and dents your self-confidence.

To change it will require fundamental policy reforms, among others: freeing up the labour market; scrapping race-based legislation; abandoning policy thrusts that threaten property rights, such as expropriation without compensation, prescribed assets, and the National Health Insurance; and reforming the education system to improve on the current, dismal outcomes.

But that is not what we’re going to get, at least not soon. The Tripartite Alliance, which calls itself revolutionary but is now the epitome of the establishment, links its very identity to the concept of a powerful state that intervenes extensively in the economy. And so, it will defend its failed policies to the death – either its own death, or the death of South Africa’s hopes and dreams.

Still, all is not lost. The 2021 local government elections showed significantly weakening support for the ANC, which – for the first time in South Africa’s history – failed to secure a majority. Endless corruption scandals, and interminable promises that are never kept, have left South African voters feeling deceived and disillusioned.

The factors that led to that disillusionment will not dissipate before 2024. The ANC may try to rotate its leadership, but if it replaces the charismatic Mr Ramaphosa with someone else its performance at the polls will decline further. And it makes no difference to the country’s policy environment whether it is the current party president at the helm or someone else.

Party-wide, there is no appetite for reforms, and there are no new ideas. Similarly, there is no sincere desire to tackle corruption, as doing so would threaten many members of the ANC’s top leadership. Therefore, South Africa’s economic performance will continue to disappoint, and the ranks of South Africa’s unemployed will be swelled further.

If change is to come, it will have to come from outside the ANC. That prospect now exists. Although there is no single challenger to ANC hegemony, there is a broad grouping of parties which we’ve referred to as the ‘wild dog parties’ that have a chance of taking down the mighty old buffalo that is the ANC.

The wild dog parties, which include, among others, the Democratic Alliance, ActionSA, the Freedom Front Plus and the Inkatha Freedom Party, all serve different constituencies. But they agree on some fundamentals: they support property rights, growth-friendly policies, non-racialism and accountable government. This places them in polar opposition to the ANC and the EFF. And with the weakness of the ANC now evident, the wild dogs have caught the scent of political change in 2024.

Four out of South Africa’s eight metropolitan areas, in addition to some smaller municipalities, are now governed by wild dog parties or coalitions: Johannesburg, Ekurhuleni, Tshwane and Cape Town, representing a significant share of South Africa’s economy and population. If the wild dog parties can show that they are able to work together to govern effectively, they will represent a formidable alternative to the ruling party in the 2024 national elections.

Should these parties manage to win a majority of the vote and form a national government in 2024, they will be able to introduce the sweeping reforms that the country needs to trigger economic growth and create jobs. And that is a prospect worth pursuing: what we have now clearly isn’t good enough. But there is now a real opportunity to get something better.